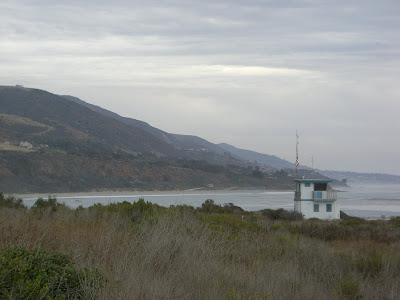 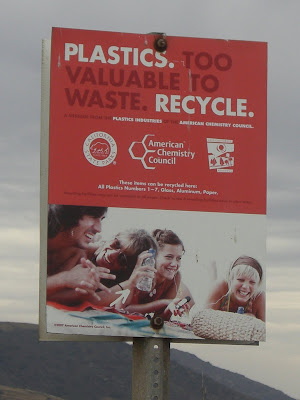 I like this sign. Someone was trying very hard to make the point that recycling is important and hip too. ha! 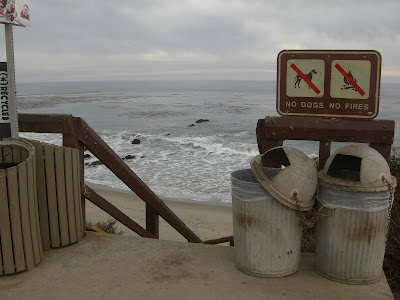 These are the steps leading down to my favorite beach. I started writing my book here. I drove every friday, (my day off then), for six months from Eagle Rock to this beach and wrote my first draft by hand sitting on the rocks. Anyway, there are a lot of cans to throw your trash, and/or your recycling into. 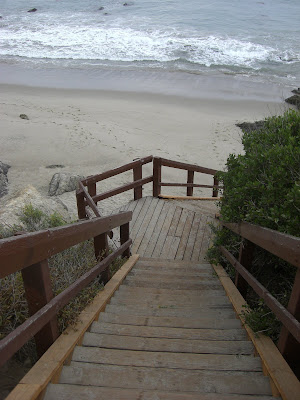 Recently, Gov. Schwartzenager proposed the closure of 80% of California's State Parks to help balance the budget. California will loose out on 350 million dollars in revenue this year if they do. Not to mention the local economies that will take a hit if their state park can no longer accept visitors. California is facing a deficit of over 24 billion dollars. Can the US government bail us out too? After the car companies and the banks...throw some our way. It was suggested on one of my favorite half hour radio shows last week called Left, Right and Center
You can find their show on 89.9 KCRW NPR radio on fridays at 2:30 and repeated at 7pm in Los Angeles.
The cons of closing the parks are many:
- increased risk of forest fire because people will still go in.
- illegal dumping (trash, chemicals, home appliances maybe?)
- lost revenue to the state and local economies
- lost opportunities for people to be out in, and enjoy nature.
I'm sure there are a lot more......
The pros:
- The animals that live in the parks get a reprieve from human interaction and impact on their environment. (if they get out of a potential forest fire, or away from anything that has been dumped into their environment because there is no one to enforce the law)
A little thin on the pro side.... 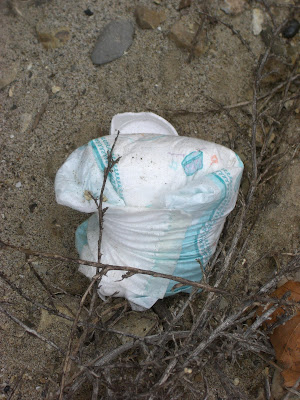 The funny, or really sad thing about this diaper picture is that I wrote a line into my book that says, "I even saw a dirty diaper once on the beach back home." I had never seen a diaper on a beach until today. 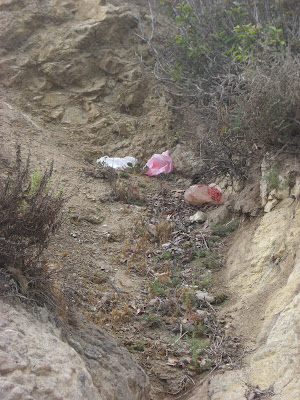 Ah, plastic bags.......never seen these on a beach before. 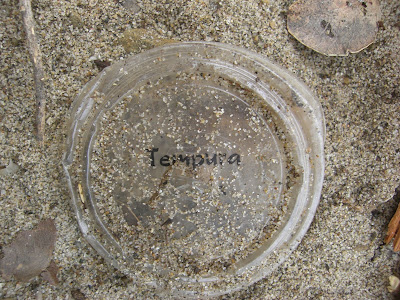 Really?
Also, I collected trash for less than 20 minutes today, just the immediate area around me. I came up here to listen to a taping of my book where I wrote it. That is why I broke my own guideline of collecting in the same place every time. Today was a special exception. 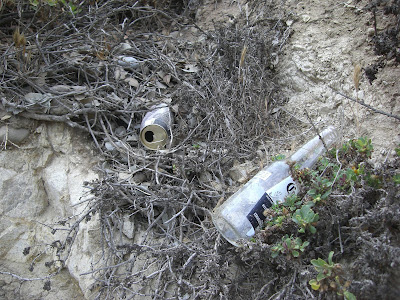 I wish I had weighed one empty can and one empty glass bottle separately because...... 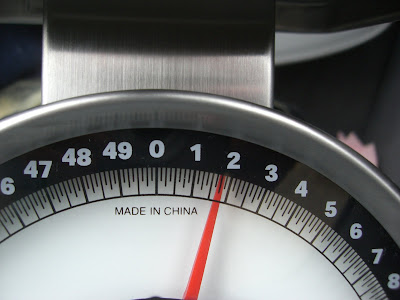 I collected just under two pounds of recyclable cans and bottles from the beach. As you remember if you have been reading from the top of this post, there are at least two trash cans at the top of the stairs to dispose of this trash. 2 pounds filled a bag to bursting. 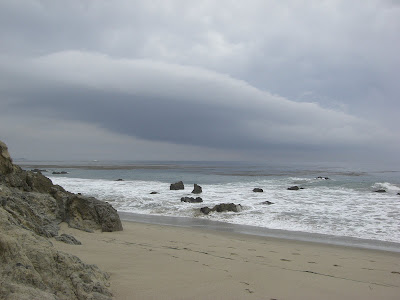 This place is also special to me because just north of this beach is where Garen and I were married last Dec. 6th.
Posted by Sara Bayles at 9:54 PM No comments: