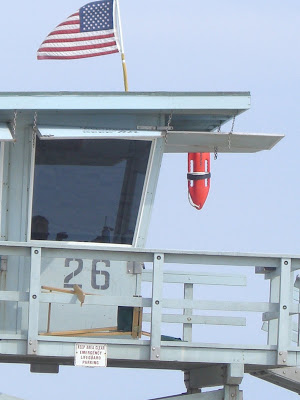 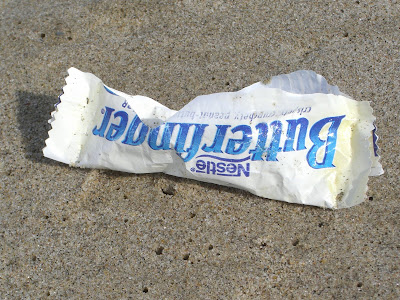 Candy Wrappers - are one of the top four kinds of trash found polluting the ocean. As I have mentioned before, there is a mass of plastics, and other kinds of trash swirling in the pacific, it is called the Pacific Trash Gyre. Larger than the size of the continental United States, many people have said that cleaning it up would be a hopeless endeavor. But not the people who started Project Kaisei . This is very good news!!!
Project Kaisei consists of a team of innovators, ocean lovers, sailors, scientists, sports enthusiasts and environmentalists who have come together with a common purpose. To study how to capture plastic waste in the ocean and how to capture, detoxify and recycle it into diesel fuel. 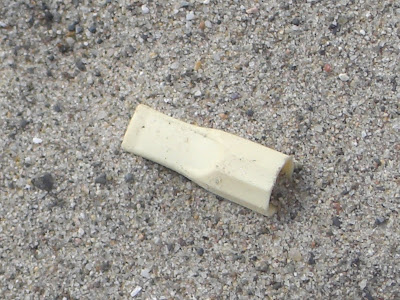 Ok, I'm only guessing, but I find so many of these plastic filters on the beach that I think this is the end of a cigar you can buy, and re-roll into a joint. I say this because when I was in High School, we used to buy "Philly Blunts" and I vaguely remember the filter being plastic. I could be wrong. I feel so dated and out of touch. I just find it hard to believe that day after day people come to the beach and rip off the end of their cigar and leave this plastic treasure behind. I think it more likely that people come to the beach to smoke a joint and leave this part behind in their stoned state. I could be completely wrong, and what does this have to do with my blog? I'm on a tangent, but if you smoke pot, and use a store bought cigar with a plastic filter, please pick it up when you go. Thanks. 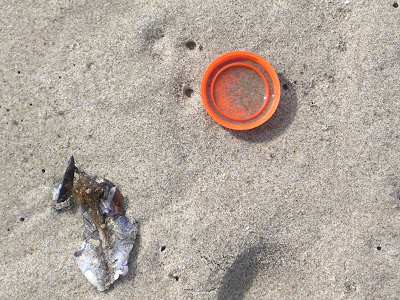 Nothing fancy, and I can't think of a good link, just more plastic from plastic beverage bottles. Hurray. 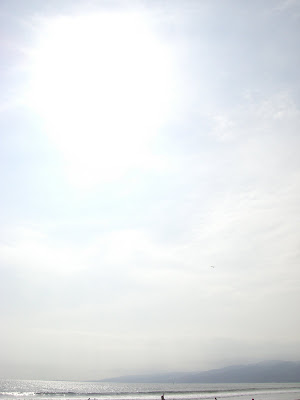 It is difficult, if not impossible, to capture the expansiveness of the sky at the beach on a clear day. I tried. This picture, and the next, are my attempts at relaying that view. 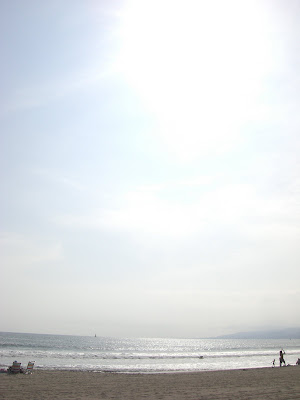 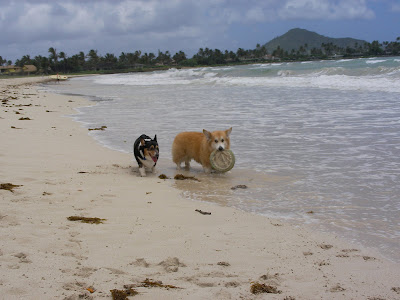 Our friend's dogs in Hawaii. They are living the life! Judy, one of our friends, works at the Hawaiian Institute of Marine Biology. They have many fascinating projects there.
The Shark Lab is one of them.
Here are some facts about sharks that I would like to share here. Garen read this article to me out of July/August 2009 Alert Diver Magazine:
1. 10 - The average number of humans killed by sharks each year.
2. 20 - 100 MILLION - the number of sharks killed by humans each year.
3. 2 months - how long a great white shark can go without feeding.
4. 400 million - how many years sharks have been in existence. They were on the planet even before the dinosaurs.
It seems in our best interest, and the best interest of the planet, to figure out how to stop killing sharks. One reason we kill them is to put their fins into soup. I think that through education, we can stop this from happening.
If you would like to sign the petition circling to end shark finning, click here.
The link is to the Ocean Conservancy Website. Please visit there to learn a lot more about most of the important issues in marine conservation.
Posted by Sara Bayles at 2:16 PM No comments: Links to this post