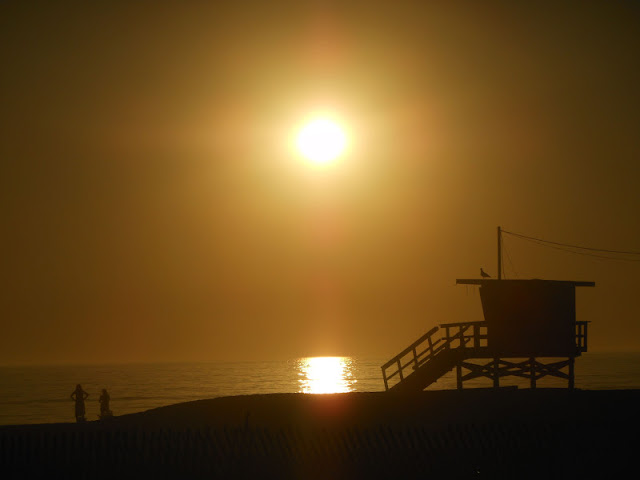 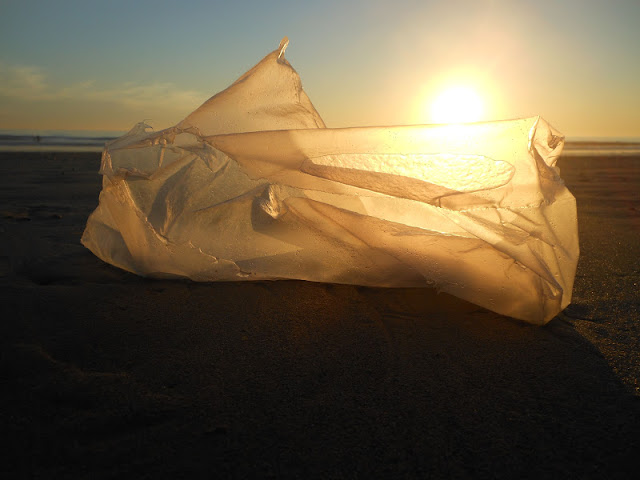 LA Waterkeeper had an open house last night to celebrate 40 years of the CLEAN WATER ACT. They've changed their name from Santa Monica Bay Keeper to LA Waterkeeper since their scope reaches San Pedro and up stream into the LA River Basin to name a couple of spots outside of the SM Bay that they advocate for. We've got a strong ocean conservation community here in Southern California. Last night was my first interaction with LA Waterkeeper. I really enjoyed the people I met and it's always fun to widen my own scope to meet other ocean advocates and enthusiasts. 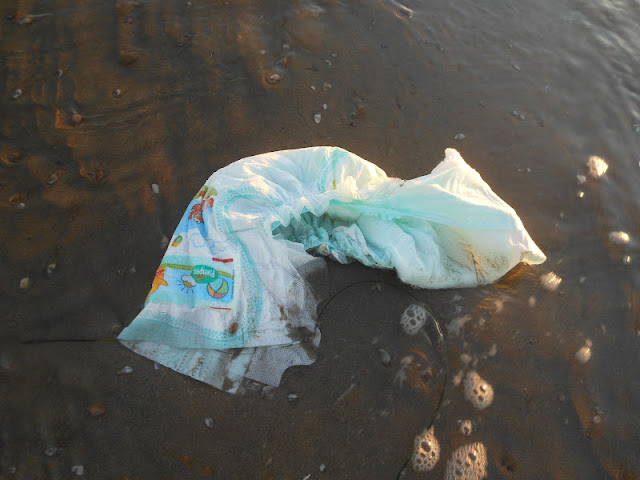 As I took a picture of this diaper, a man walked toward me and then away when I put it into my bag. He'd left a toddle without a diaper and a woman playing in the surf. I put the obvious 2 + 2 together but didn't say anything as he tried to saunter away unnoticed.

After my 20 minute cleanup was over, I was by the bathrooms when the family without the diaper was leaving the beach.
"Excuse me," I said to the father, "was that your kid's diaper I picked up?"
He admitted it was and that he often tosses it past the water line only to go back for it later but today felt like he was going to change his ways and go back early for it when I swooped in before he could.
"I wasn't going to shame you or anything when I picked it up. I'm not into that. But this is what I do." I went on to describe The Daily Ocean and handed him a card.
"Thanks," he said. 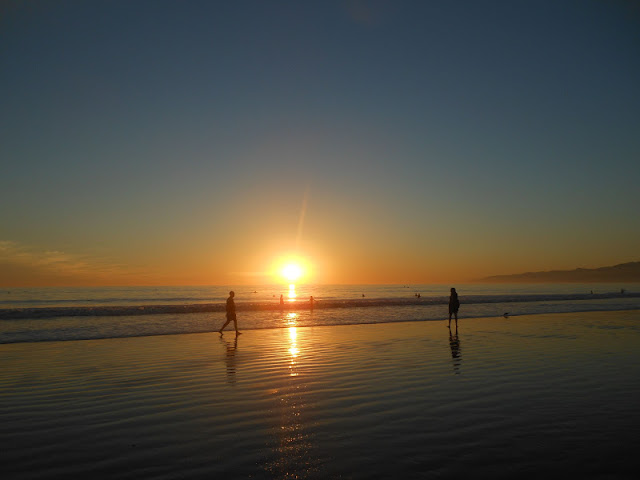 We talked about how beautiful the night was and all of us left wishing the other a good night. Our exchange reconfirmed my choice to talk to people with kindness and to give them a chance.