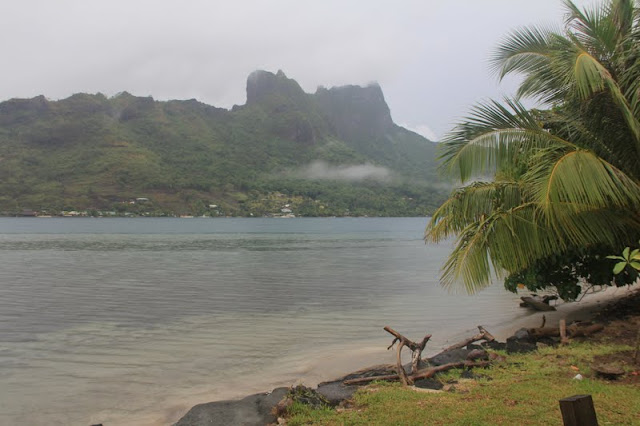 It rained for a week straight when we arrived on Mo'orea. Mo'orea in Tahitian means, "Yellow Lizard." I never saw one. Supposedly, a chief had a dream that his people should move to the land with the yellow lizards. Maybe there used to be many crawling across this beautiful place... 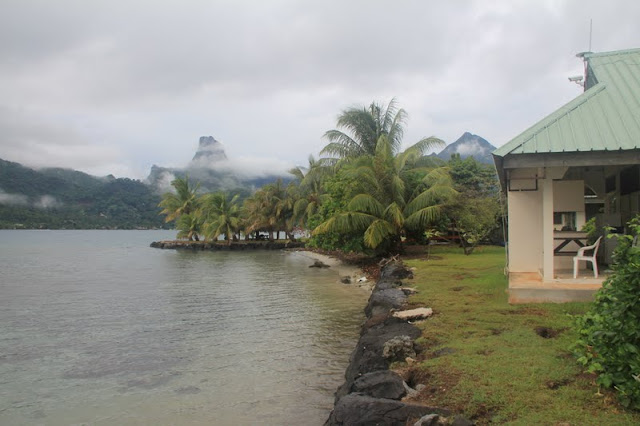 I didn't care about the rain. We were three feet from the water, staying in the UC Berkley Marine Lab. Garen had applied to process his samples here and send them home. Being a mad scientist has its perks. Coincidentally, his friend Peter from Cal State Northridge was here with his grad students. Garen had a great time looking at their experiments and "talking shop" with a bunch of coral biologists. Not a bad place to do "research." 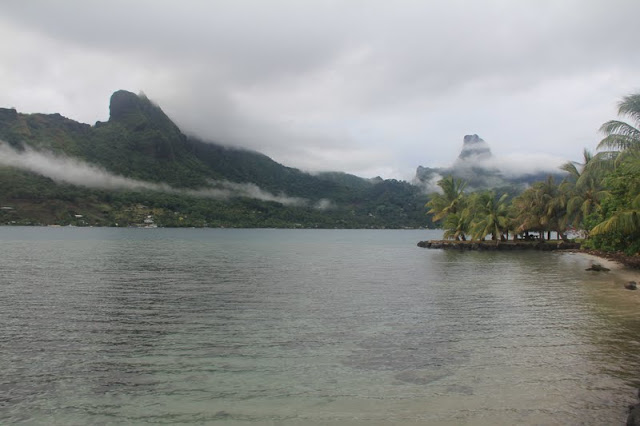 The bay that the Marine Lab is on is called "Capt. Cook's Bay" although he never entered this one. He arrived around the corner. 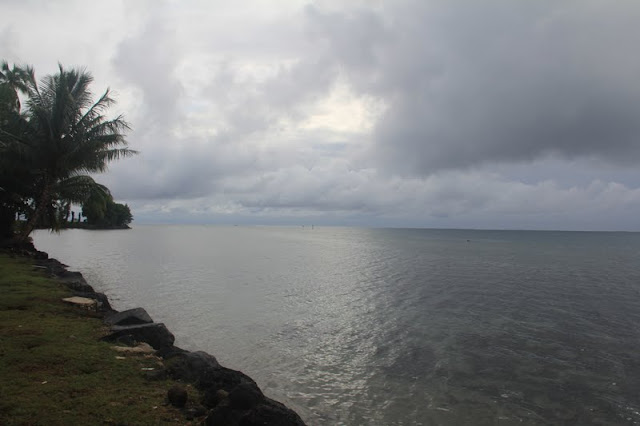 Looking out at the view of the water, it was hard to imagine that we'd spent roughly 5 weeks at sea. 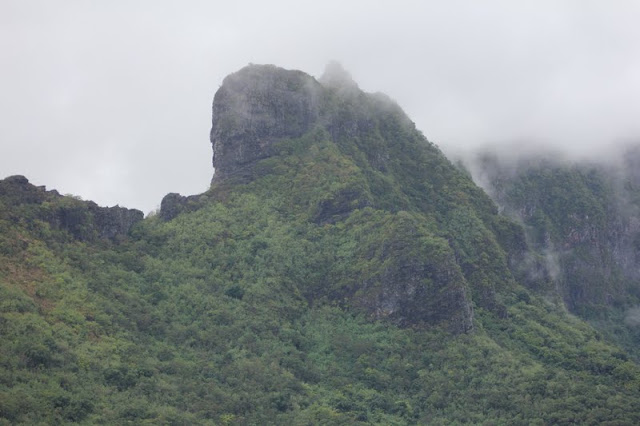 Ah, the power of the zoom lens. Across the bay, the cliffs rose through the mist coating the island like a soft blanket. 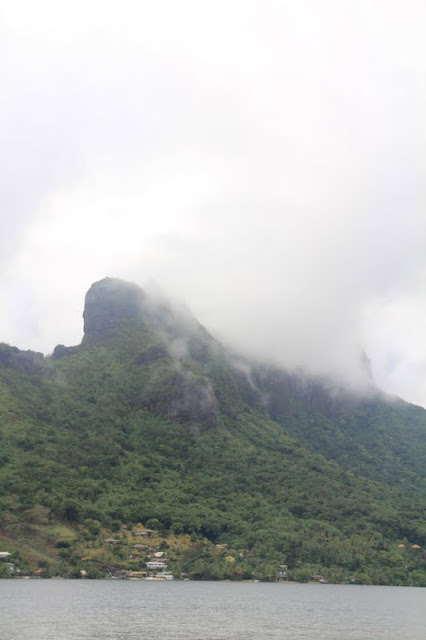 This is a clear view of "town" where you can find all of life's modern amenities. And really good chocolate croissants. 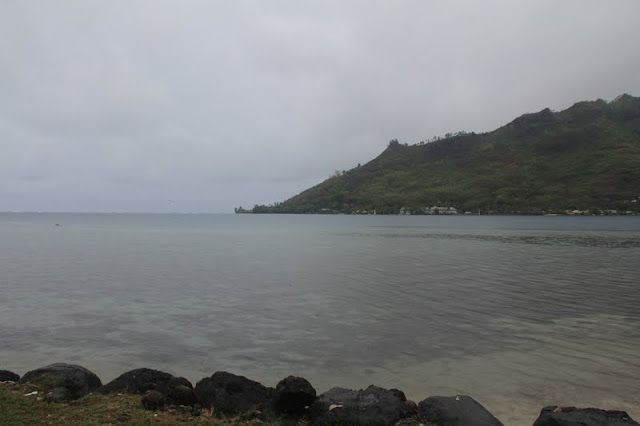 On a clear day, this water is aqua blue, sparkling like you wouldn't believe. But even on a day like this, it's pretty spectacular. 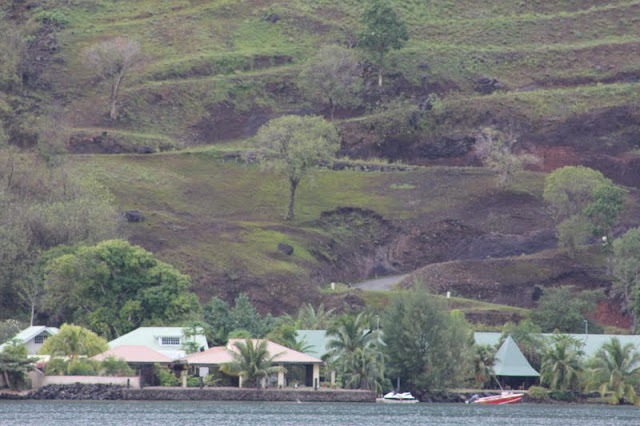 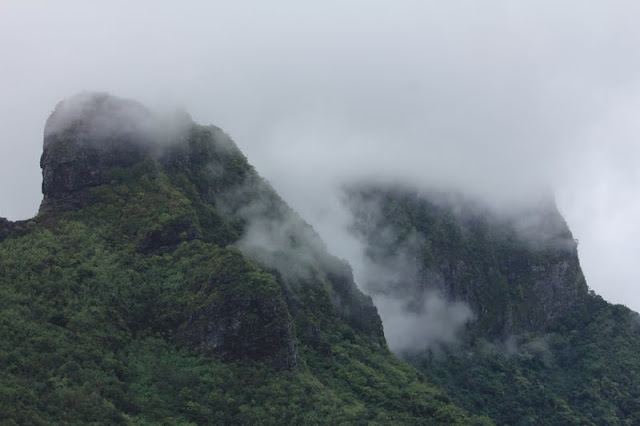 OK, so I like the shots of the mist. 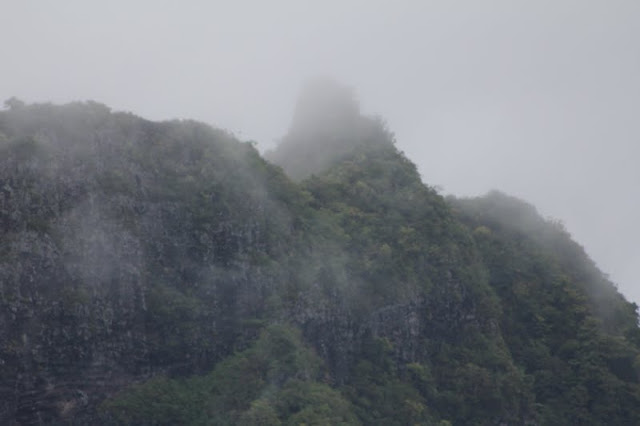 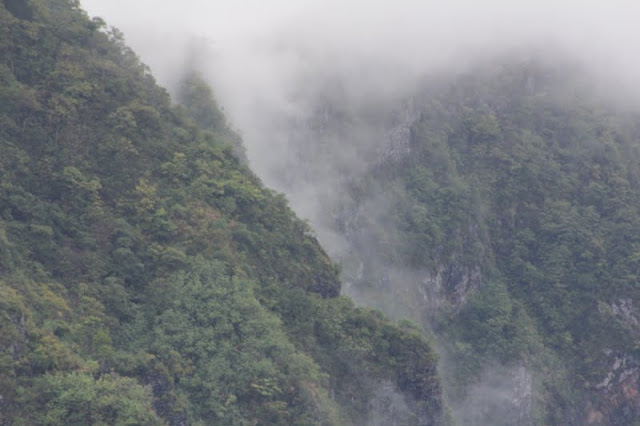 And wait, one more. 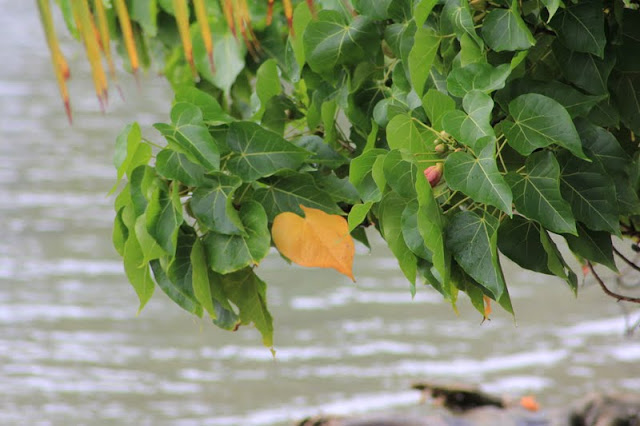 Artistic shot of a single yellow leaf. Sorry, I did go to Art School. 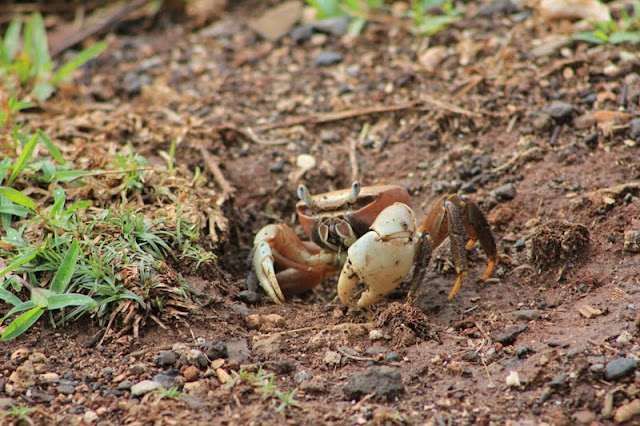 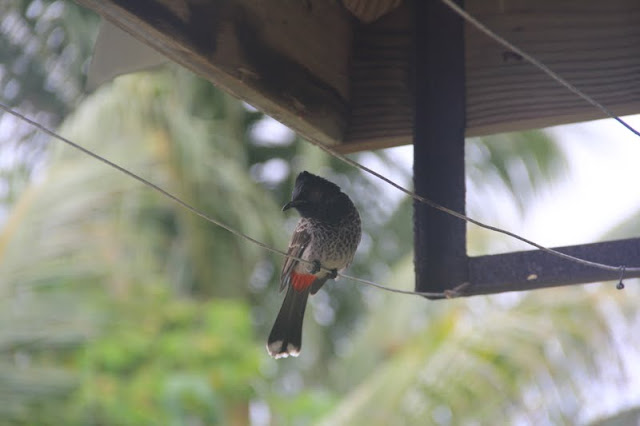 This bird is perched on the clothesline outside of our room. 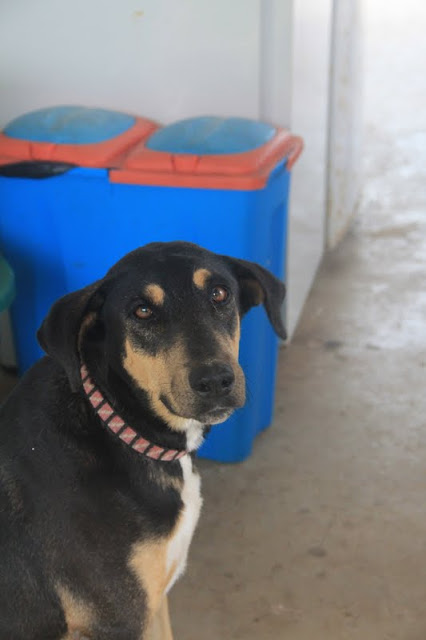 And this is Guinness...black and tan...and clearly named by a visitor to the center. But maybe not. He is a great guard dog who takes long siestas in the heat of the day, roaming the perimeter with intention at night. 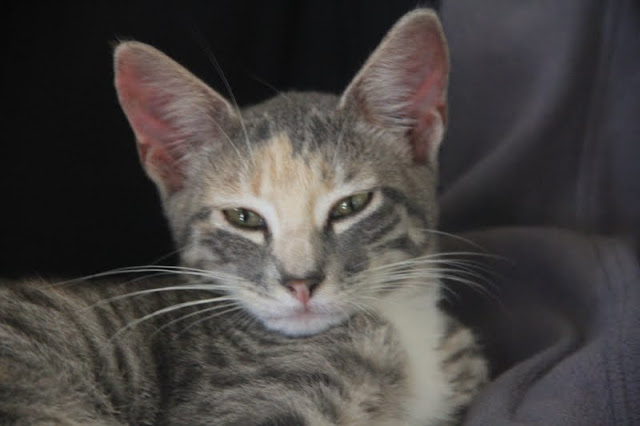 Iti - one of two kittens that were living there when we arrived. They had been dumped at the lab not long before that. There is one vet on the island and, as you can imagine, it's a hefty sum to spay or neuter your animals. The price of doing veterinarian medicine in the tropics? The bonus of a monopoly?
This post is dedicated to Iti (little one) who died in the vet's office two nights before we left the island after ingesting mouse poisoning from eating a poisoned mouse. 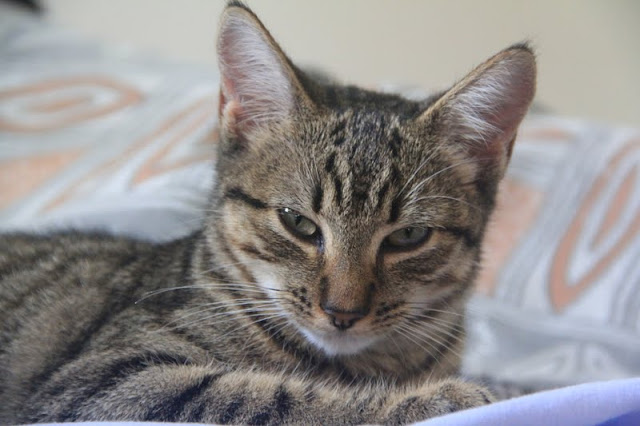 Nui (big one...referring to their "big" and "little" personalities) is spayed, and living happily with a local family. We were considering bringing her home ourselves. That would have been pretty nutty. And there are plenty of local cats and dogs who need homes in LA shelters. But these two really stole our hearts. 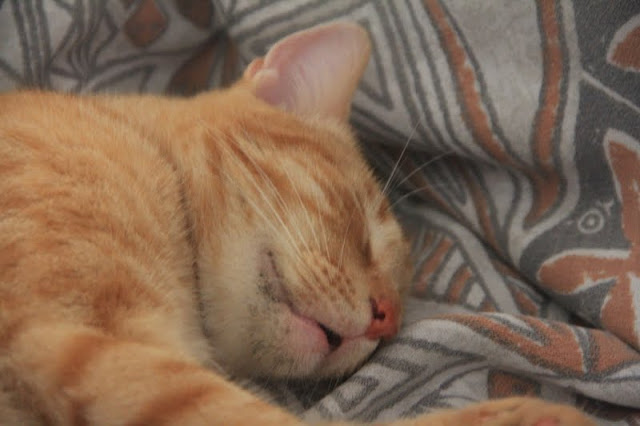 Berkley - the lab's cat. He took care of the kittens like they were his own. 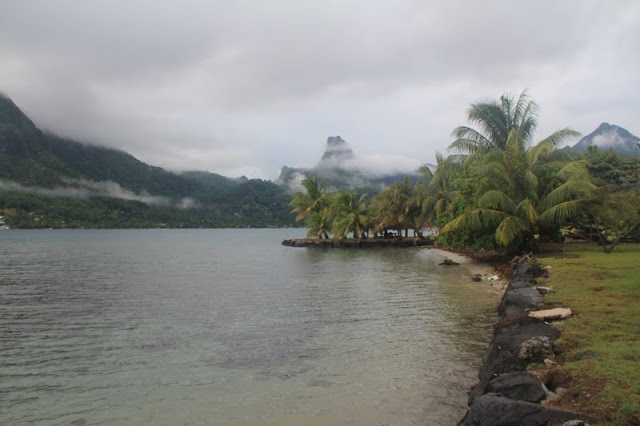 It was a gift to stay here, and rest up from our days and nights on the boat before plunging into life back home in Santa Monica.
Posted by Sara Bayles at 12:04 PM No comments: Links to this post