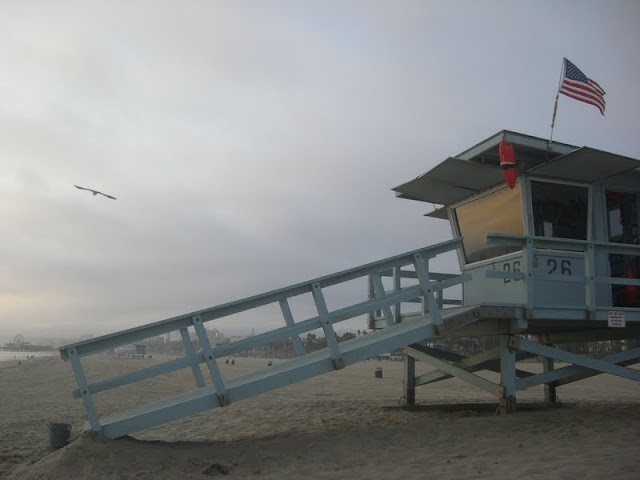 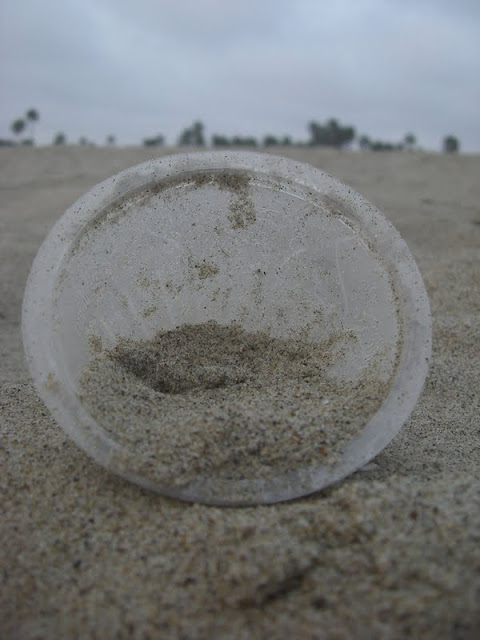 This Sat. is COASTAL CLEANUP DAY - a day when millions of people come out along every coast and up most rivers, collecting millions of tons of trash. Last year was the biggest yet!
Join HEAL THE BAY SAT. MORNING
&
JOIN ME FOR A DAILY OCEAN PHOTOGRAPHY EXHIBIT OPENING IN THE P.M.
The Art Studio Gallery
1612 Ocean Park Blvd.
Santa Monica, CA
4:30 - 7:00 for refreshments 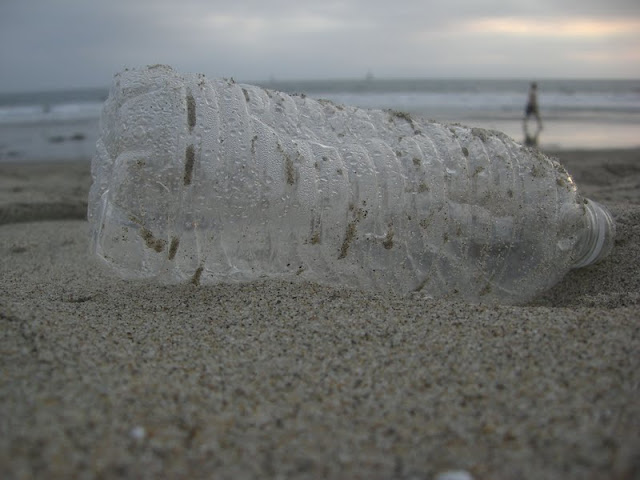 CHICOBAG settled their David VS. Goliath law suit.
Turns out it's a huge waste of time for large plastics manufacturers to sue a company with a bully suit.
Especially one that brings 25,000 signatures to the table telling them to knock it off the very first time they meet!
Care2 Petition is the modern day slingshot. 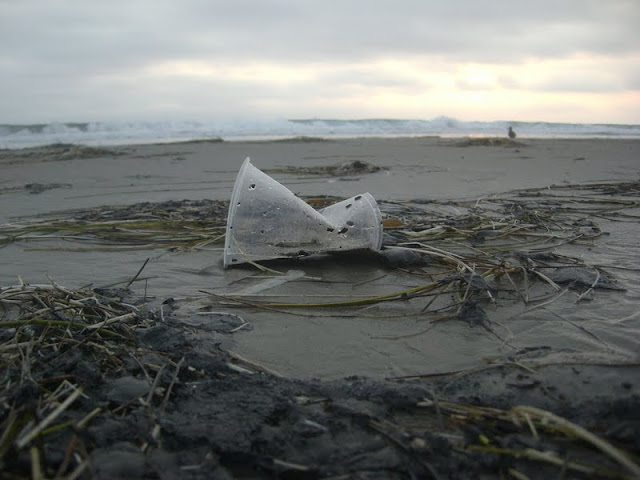 ONE BEACH is a film produced by BAREFOOT WINE that will air on FB in Sept.
They sent out a phenomenal press kit including a vial of sand collected by Judith Lang at Kehoe beach where her and her husband Richard have been collecting plastics that wash up there, and re-purposing them into art.
It also included a print of one of her collages, a t-shirt to BAN THE BAG, a bracelet the Judith made &
TAKE 3 STICKER (their motto - what if everyone took 3 pieces of trash off the beach when they left?)
Featuring people like Surfrider's Jim Moriarty - ONE BEACH is about creativity, optimism and keeping the world's beaches clean. I'm definitely going to be watching! 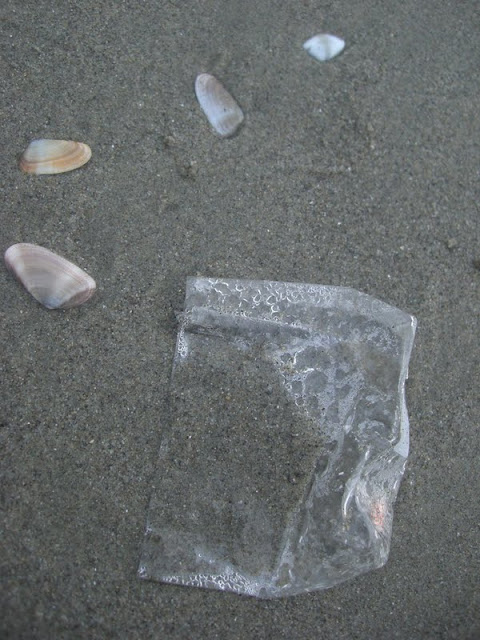 My friend Kit makes earrings out of these small clam shells. If you live in Santa Monica, go to
TEN WOMEN GALLERY and check them out. 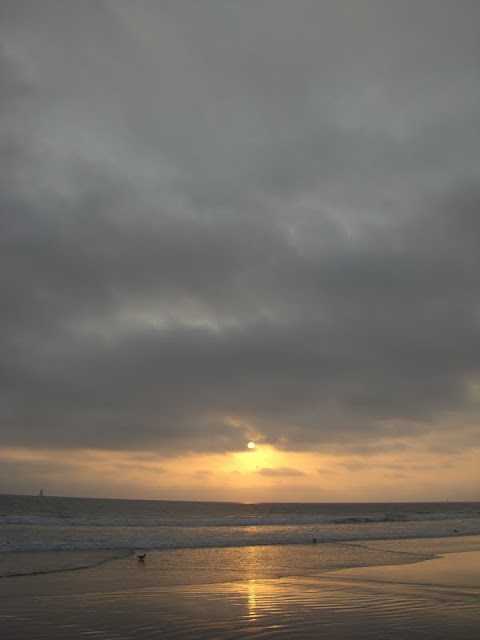 I had a strange feeling we weren't alone when we went into the water this morning. By alone, I mean animals other than ones on surfboards, or wearing short fins to catch the waves. A small patch of dark gray water moved closer to me, looked like it sniffed my fin and then took off without surfacing. I called to a friend that I thought a sea lion had checked me out and then took off. I brushed the feeling off until I saw Peter Walerstein drive up in his truck to rescue a severely emaciated Sea Lion pup that had washed up onto the beach near where we'd been surfing. He is the real deal.
He runs MARINE ANIMAL RESCUE - A PROJECT OF FRIENDS OF ANIMALS.
If you see a marine mammal, or bird in trouble he's your guy. 24 hours a day all 365 of them.
Posted by Sara Bayles at 3:21 PM 2 comments: Links to this post