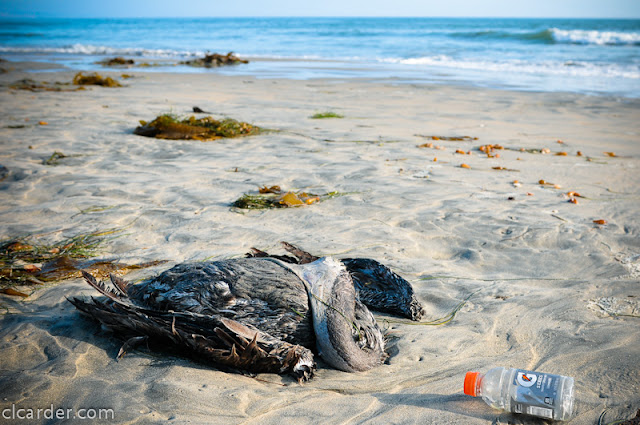 The Community Count total as of July 26 - 1,007.4 pounds
Want to get involved? Do a Daily Ocean cleanup where you are? Join me!

That's over a ton of trash off beaches world-wide, 20 minutes at a time. And as Catalina said,

"I'm looking forward for my next trip to the beach to join Sara's clean up project again. 20 minutes doesn't cost anything, and I believe it makes a difference, meantime we are enjoying the beach." 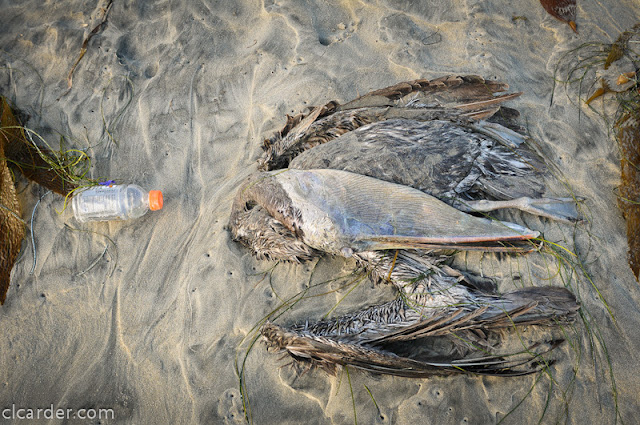 "At one point I saw a bottle of Gatorade and decided to take a picture before I picked it up, and when I looked trough my viewfinder trying to get the composition I noticed a dead Pelican right next to the bottle. Here is the photo (I didn't arrange the shot, the bottle was right next to the pelican), even if I have no clue what caused the pelican's death,
I thought it was ironic. 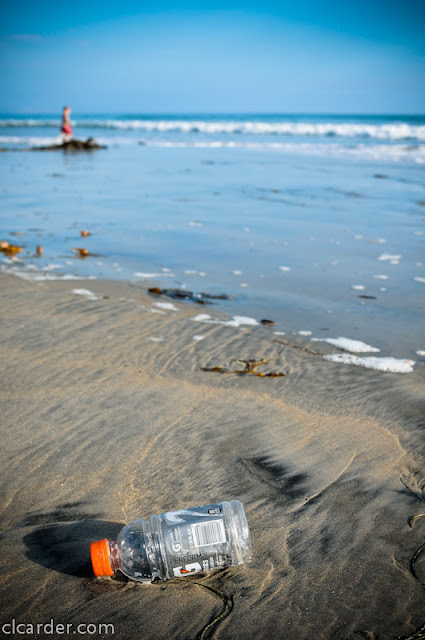 So last Friday, while my friends and I enjoyed Comic-con (I like comic-con, but tons of plastic came out of there, one of the streets full of banners even smelled like plastic, comic-con big bags, a lot of advertising and disposable tableware and water bottles where used during that week.) 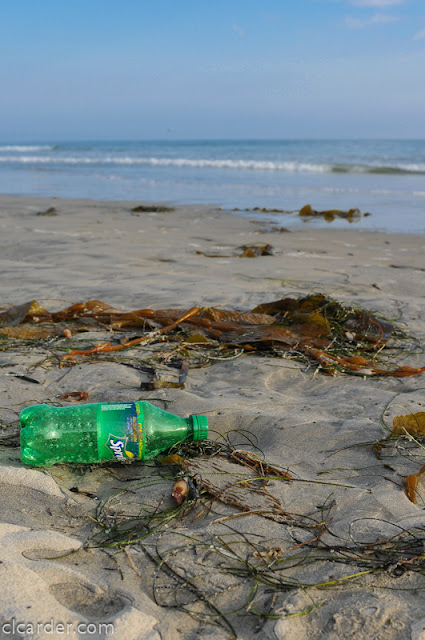 I went to Coronado Beach to join Sara's project and spend 20 minutes collecting trash, I didn't get much in weight, a little less than a pound (15 oz), But I was surprised how much trash I found, including, some straws, cigarette butts, 3 Gatorade bottles, several water bottles caps, a couple of bags and 3 glow sticks, among other pieces of plastic.

Even if I am aware about plastic and trash on the beaches, and I'm always picking something up when I find it, the Beaches I have visited in California seem pretty clean to me.

That was until I start following Sara and The Daily Ocean project. Now the beach doesn't seem as clean as before. I find lots of plastic and trash everywhere, even at places where garbage cans are close. 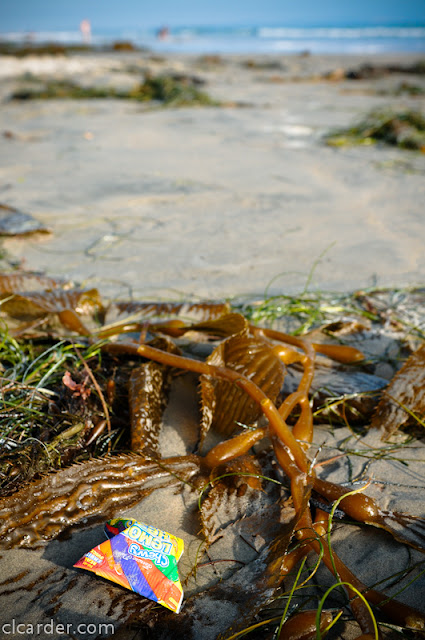 Thank you Sara for the inspiration and for all of the effort in this project.

Thanks for your efforts Catalina!