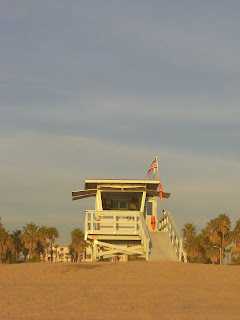 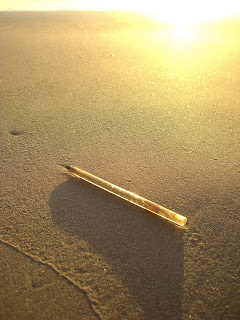 Next weekend in Venice CA at the Electric Lounge, SEA PULSE presents films about the beauty, and the threats to the world's oceans. Come and join us if you live locally. Team Marine of SAMOHI will be screening the 10 R's that they produced last year. If you can't make it, you can also check it out on VIMEO. 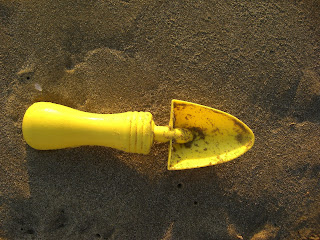 The Center for Environmental Health came out with a report about, "Disney Reusable Bags from Safeway Found With High Lead Levels." I cringed at first when I saw this. Not more fuel for the fire of pro plastic bag lobbyists! But then I read on. Here are some informative high-lights that will hopefully inspire you to check out the post from their site in full.
"A front-group for the plastic bag industry calling itself the “Center for Consumer Freedom” (talk about SPIN!) claims in a nationwide ad campaign that high lead levels and bacteria in reusable bags suggest that proposals to ban disposable plastic bags are misguided and driven by “junk science.” In fact, CEH’s testing confirms that the vast majority of reusable bags do not pose lead hazards, but those few that do are made of plastic."
"According to Consumer Reports, the CCF’s claims regarding the threat from bacteria in reusable bags are also overblown. The consumer watchdog traced the claims about bacteria in reusable bags to a single study paid for by the plastics industry. Contrary to the CCF’s ads, even this plastics industry study found no bacteria that normally cause disease in the reusable bags tested." 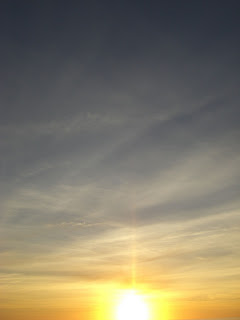 "ADVENTURES IN CLIMATE CHANGE" is a website that contacted me recently. I had not heard of them, and was thoroughly impressed by the scope of coverage that is available there. From blogs, news, video, slide shows and interviews, they cover interesting topics relating to, and about climate change.
Aren't most things related to climate change in one way or another? 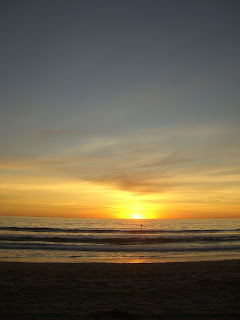 Wallace J Nichols needs you to become a BLUE ANGEL. Can you spare a small monthly donation so that he can have one employer -- the ocean? 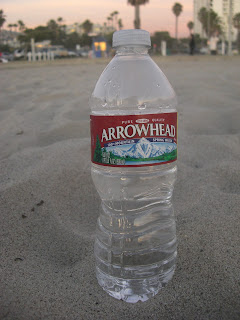 I was dreading heading out onto the sand last night because it had been such a beautiful, warm day in Santa Monica. Sounds strange, doesn't it? Let me explain. It's my experience that when we have unexpected nice days in the off season, people will flock to the beach. This usually means that I find more trash left behind. So last night I braced myself for a hefty collection in my 20 minute beach cleanup. To my surprise, I came back close to my winter daily average with 1.9 pounds (my ave. is 2).
Two pounds is better than the summer average of four, but the picture above was the last thing I took off the beach as I walked to the parking lot, and that is never good.
Posted by Sara Bayles at 4:06 PM 2 comments: