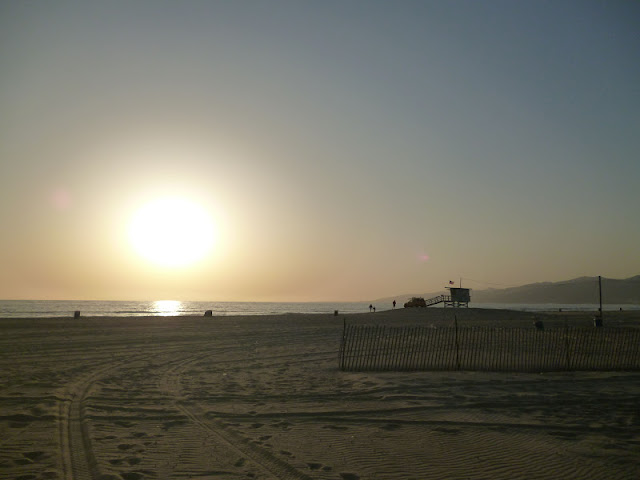 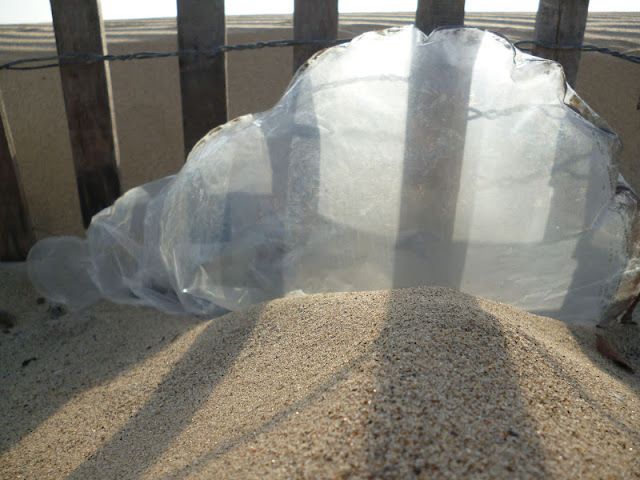 Last night, a film crew from Lonely Planet TV joined me on the beach for an interview. It was a lot of fun meeting their show's host Dom, and the rest of the gang out on the sand. They're doing an episode on Southern California, focusing on taking care of the environment and outdoor adventure. I'm honored that their Program Developer, Maria who follows my blog, suggested including The Daily Ocean in their travels. Thank you! 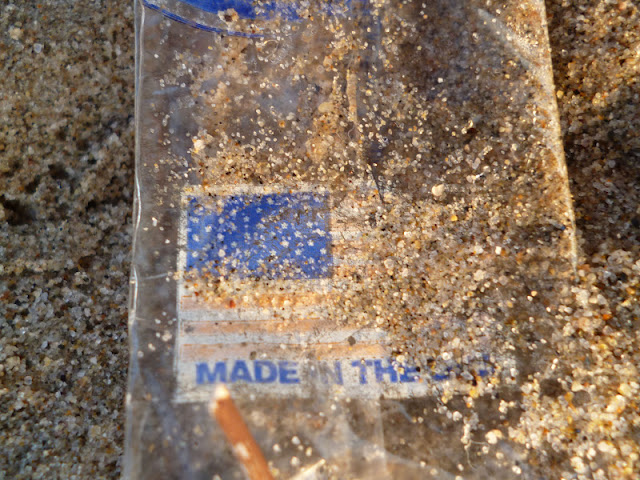 Dom and I discussed how sea turtles eat plastics that end up in the ocean, mistaking them for their favorite food - jellyfish.
At Turtle Island Restoration Network, scientists calculated that 37% of leatherbacks (the most prehistoric looking, and giant of them all) have plastic inside them.
They've created a Kids Coloring Page - California Leatherbacks Sees Plastic Pollution - to educate children about this growing problem. Check it out! It's very well done. 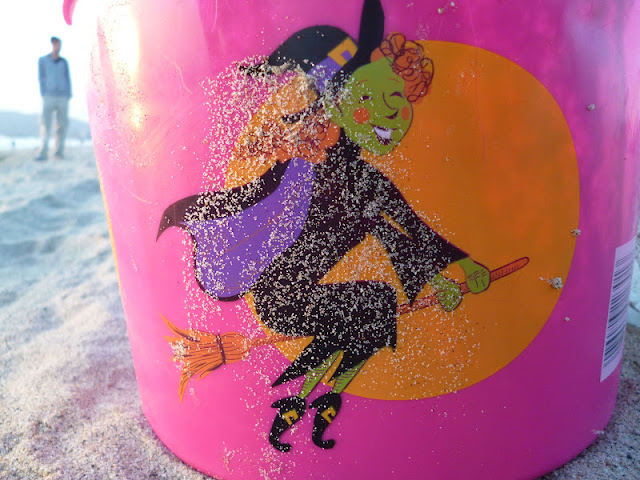 This is Dom's prize find last night. The last three times I've gone out for a cleanup, I've found sand toys. And like most that I find, nothing seems to be the problem with this witchy bucket.
My friend Harry (of the cool blog FLOTSOM DIARIES) left a comment on Day 259 describing a very under-priced sack of sand toys he saw that could be grabbed as an after thought on the way to the check out line. He wonders what's the incentive for parents to keep track of said plastic object that cost them less than a dollar in the first place? Nice point Harry. Convenience often equals conveniently left behind or forgotten. 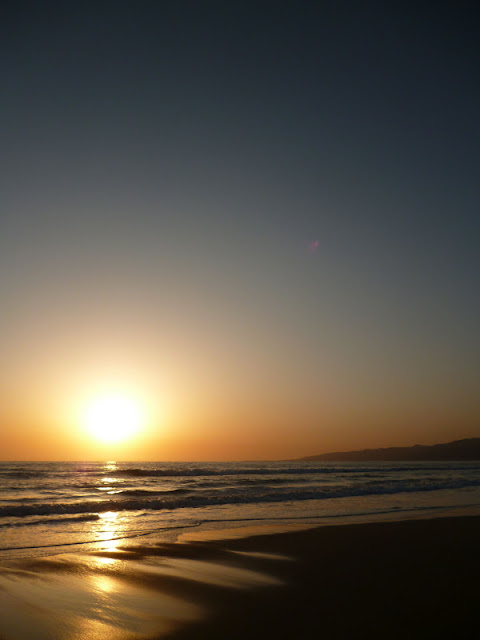 My friend Stiv Wilson wrote an article for ALTERNET called, "7 DANGEROUS LIES ABOUT PLASTIC" It's well worth taking the time to educate yourself on the spin surrounding plastics and the rampant pollution caused by plastic. Nicely done Stiv!
"Lie #4: It shouldn't be called "plastic pollution" but rather "marine debris""
Posted by Sara Bayles at 3:03 PM 1 comment: Links to this post