Strange Catch in the Gyre 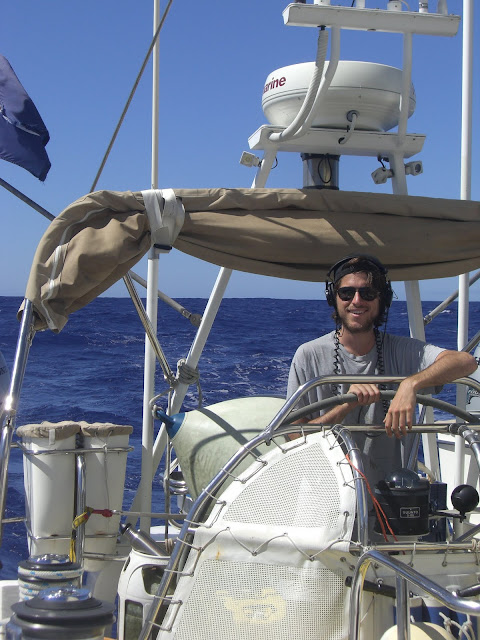 Ben's on watch and getting his groove on. He stayed there for hours that day. I get it. Headphones are a great way to retreat from the constant presence of other people. Even if you like all of them, if you are used to some alone time, escaping into music is a way to find space. In fact, I listened to my ipod shuffle-nano-thinga-mer-bob every time I wanted to get some zzzzz's. 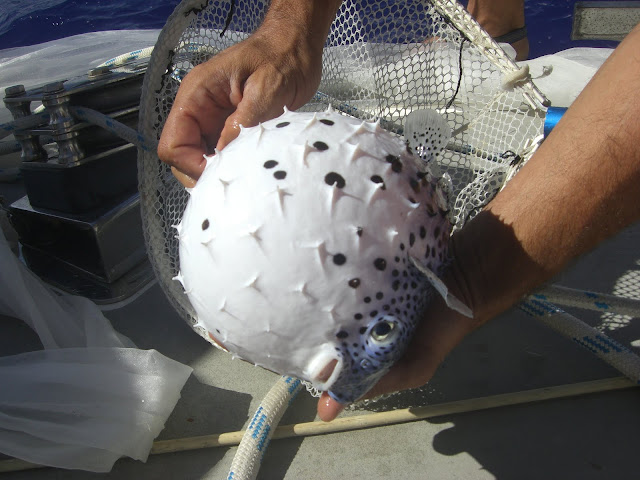 This is what a puffer fish looks like puffed up. We spotted this little fish over the side, scooped him up for a closer look and a few snaps. 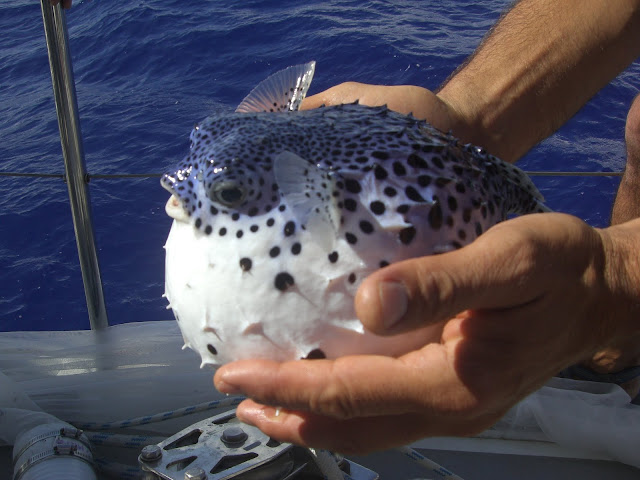 I was eager to get the puffer back in the water. We did, and I watched as he floated away with its head and gills down, still inflated. Garen said that given a little time, he'd deflate. I hope so. 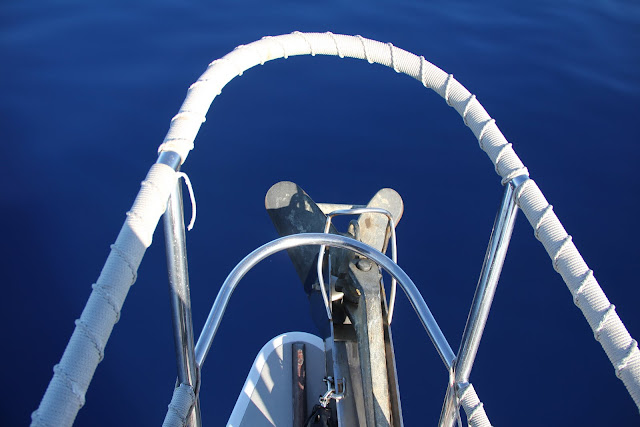 My potential Titanic moment. Not the sinking kind, but the Leonardo Di Caprio kind.
The bright blue water under the nose of the ship is what we saw most of the time. 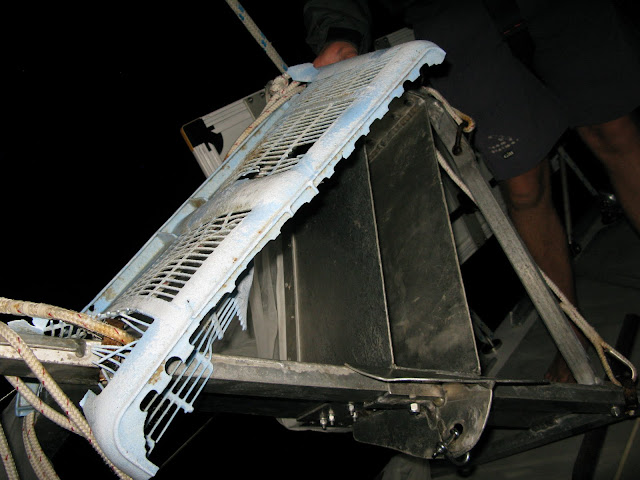 It doesn't make catching this in the middle of the night after pulling up a trawl any less disturbing.
Posted by Sara Bayles at 7:32 PM 1 comment: Links to this post