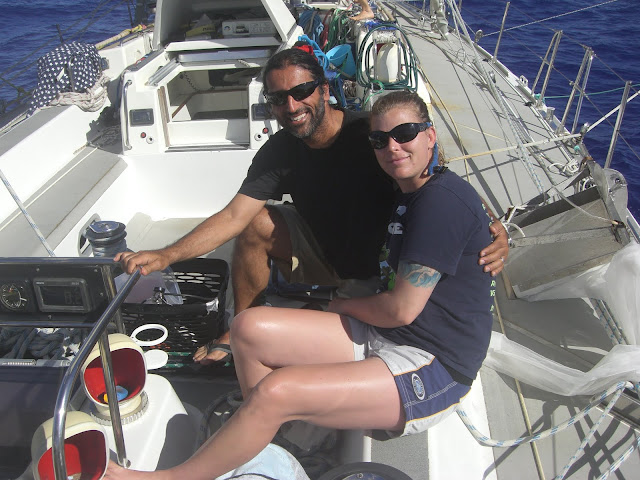 Garen took measurements to collect his data at least once a day. I assisted him in lowering down various instruments like the Light Meter pictured below. He came out here to find out if the plastic fragments were effecting the number of phytoplankton in the gyre.
Phytoplankton are micro-organisms that make up the base of the marine food web. It would not be a good sign if their numbers (that have been going down about 40% since the 1950's) were dropping because of the plastic pollutants. 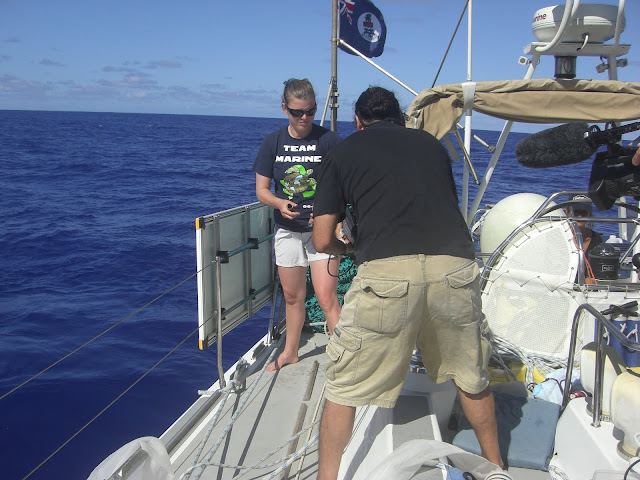 If you look at my shirt, you will see the TEAM MARINE logo. T.M. are an eco-action club at Santa Monica High School in California where we live. In fact, one of last year's team house/cat-sat for us while we were away. In any case, they are kick ass leaders in the community who have reached out to millions of people over the last few years.
Garen and I kept thinking that their coach Ben Kay, who also has a masters in Marine Biology, would love being out there with us.
A HUGE thank you to Team Marine for donating to our trip. I was really touched that they passed the hat to donate to our efforts. 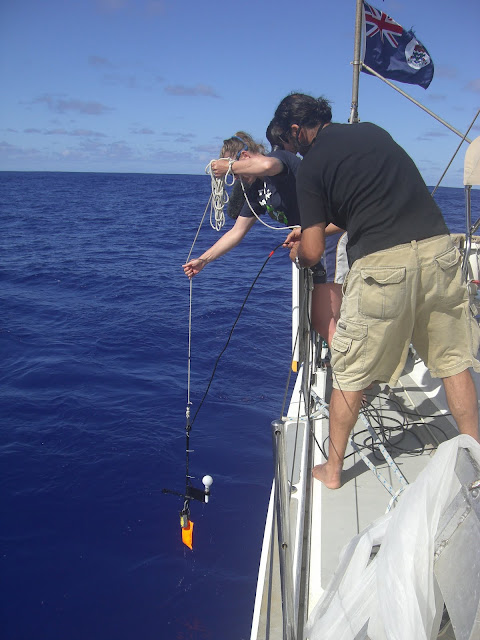 This is the Light Meter. Although it looks like it would light up itself, it actually measures the levels of light through that bulb. We lowered it to 15 yards, stopping at 10 and 5 yards on the way up to take a reading.
Here's Garen's explanation for using the Light Meter and a brief list of other controls that he put in place:
"We were measuring the rate of light attenuation (lowering as a function of depth) at different places, to see if any change in phytoplankton concentration occured because of plastic micro-pollutants versus some other factor.  Other controls we considered included temperature, salinity, pH, and various nutrients including Nitrate, Nitrite, Ammonia, Phosphate, and Silicate." 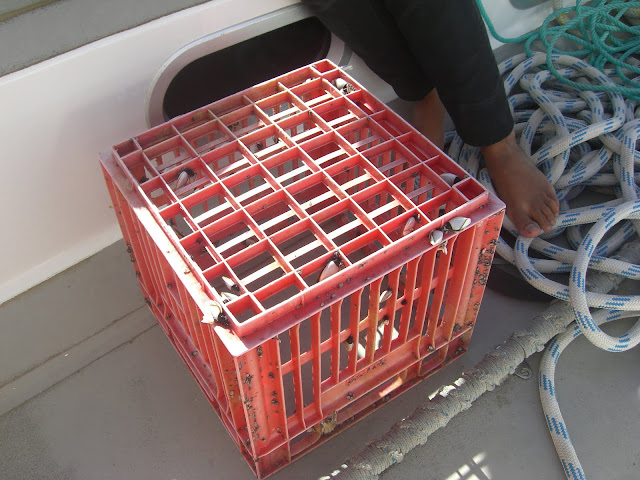 Another finding. This one was useful. Amazing how it floated right by in tact. We actually had to do a little maneuvering, and I think I lost a net trying to reach for it, but it came aboard for the trip after not too much effort. 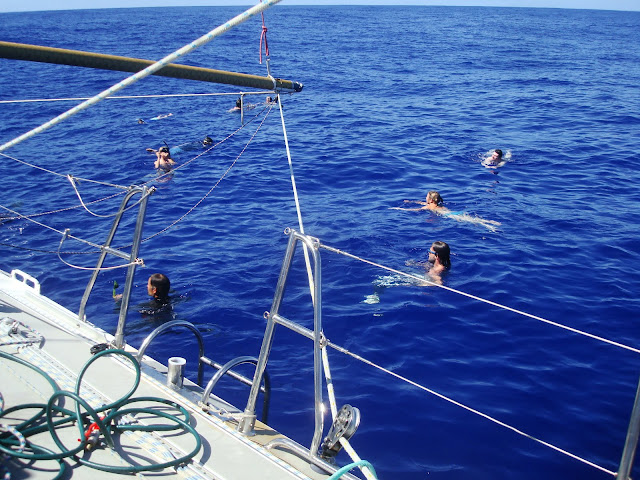 One of the high-lights of my entire ocean crossing was jumping into a calm sea that day.
I asked Garen how deep he thought it was.


I stared down with my eyes open, not minding the salty sting. I haven't been able to fully wrap my head around being in water that deep, and maybe I never will. It was the true definition of mind blowing.

Posted by Sara Bayles at 6:52 AM 2 comments: Links to this post