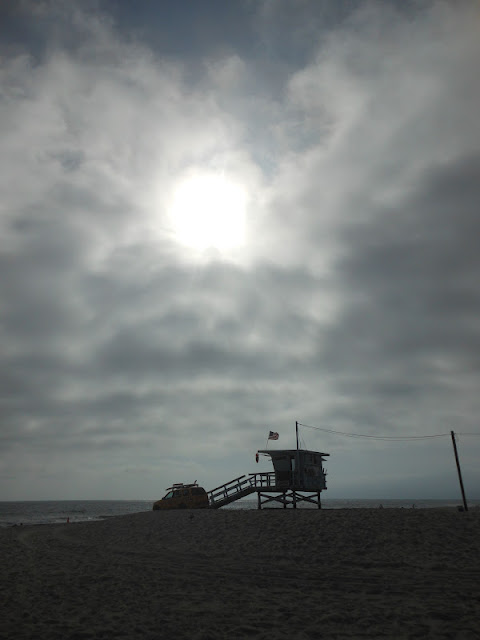 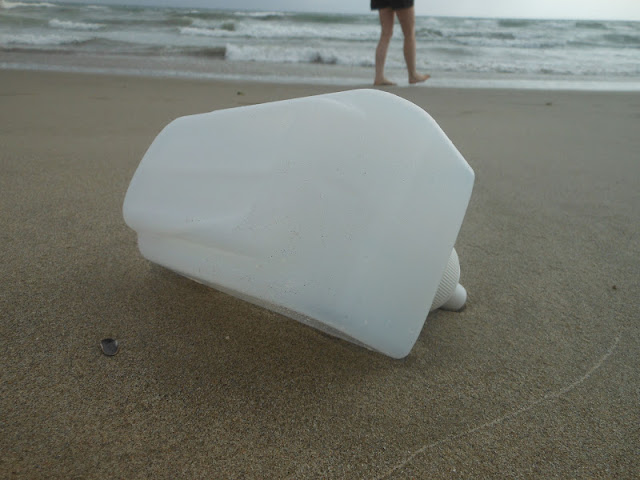 As I'm out on a cleanup, people walk right up to, and past the trash I'm approaching. I don't curse them in my mind, but I do wonder how they could pass by without bending down to pick it up? Another question usually follows; did they even see the plastic bottle in the first place? My hope is that The Daily Ocean helps people first see, and then act, question, and change. 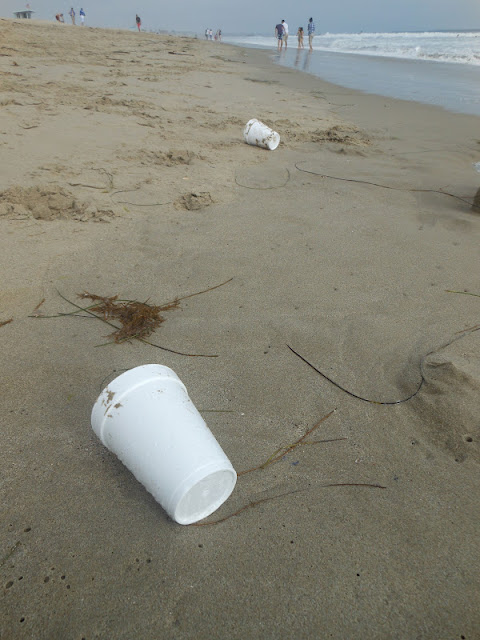 Styrofoam cups will be around long after the sand castles they helped build melt into the sea. 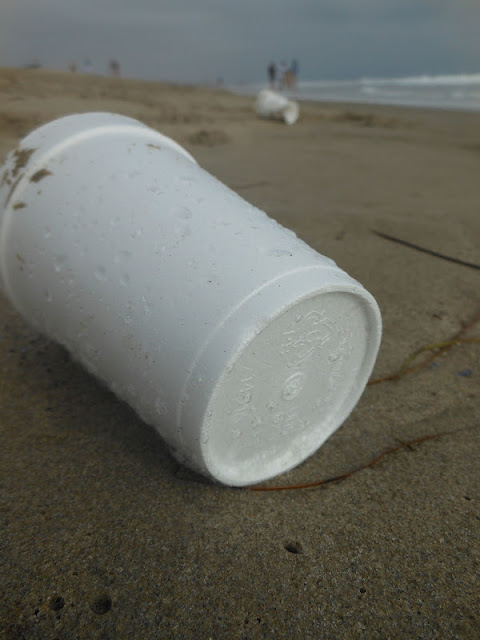 This cup left behind may be intact for now. 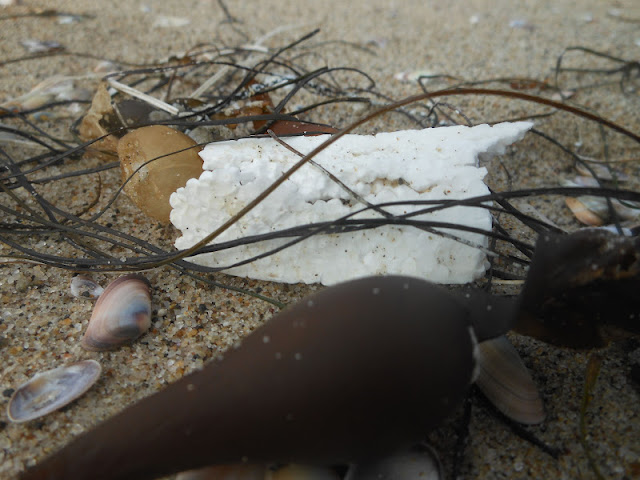 But give it time, and it will break down into smaller and smaller pieces. These pieces become fish and bird food, absorb toxins, polluting the environment and eventually our own bodies. Fish eat broken-down plastics that have absorbed toxins, the toxins then dissolve into the fish's tissue, we eat the fish along with the dose of toxins it now carries. 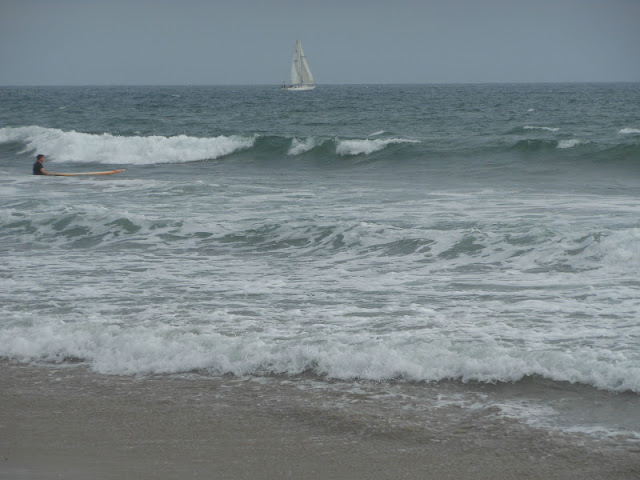 It' hard to imagine the environmental threats the ocean faces when out on a day like this. But overfishing, plastic pollution and global warming are three problems stressing our Blue Planet to the max. See the PEW report from the Rio+20 Summit that concludes tomorrow. How did the oceans fare? Sue Lieberman, PEW Director of International Policy reports -
"BE A HERO, OUR OCEANS NEED YOU"

Posted by Sara Bayles at 2:13 PM No comments: Links to this post