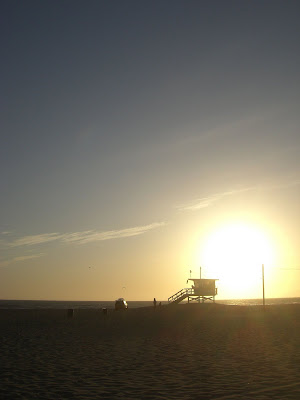 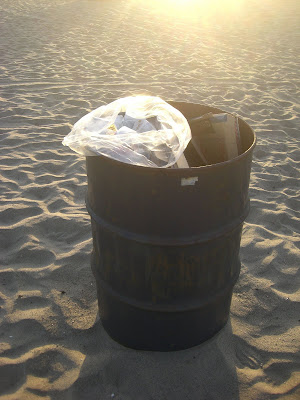 Surfrider had a beach cleanup today at Tower 26 where I collect. They were out there at 9:00 a.m. so I was really interested to see how much would be there at the end of the day when Garen and I arrived at around 7:00 p.m. tonight.
It looked like they did a great job. The cleanup, and cold weather left only 1.5 pounds for us to gather. 1.5 pounds to many, but better than more. 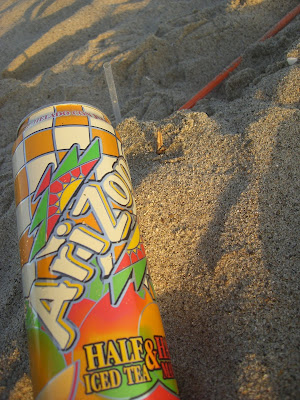 Team Marine is receiving an Ocean Hero Award in Sacramento this Tues. for their Ocean's Day. They invited me to go with them which is really exciting! We leave tomorrow morning very, very early to bee line for the capitol. We'll be lobbying for various environmental Assembly Bills. One of which is:
AB 238 - EXTENED PRODUCER RESPONSIBILITY - (YAY FOR REP. CHESBRO!!!)
I've covered EPR in The Daily Ocean before, but here is a summary of why I am in huge support of this bill:
"Summary of AB238
Would implement an Extended Producer Responsibility program in California that would require manufacturers increase the recyclability, and recycling, of their products, as well as reduce toxicity."
Californians Against Waste 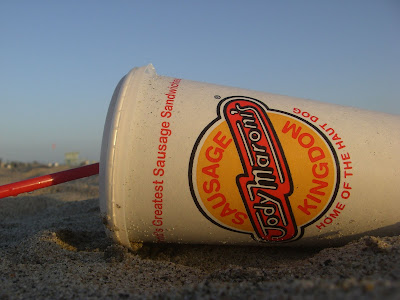 While putting together a fact sheet for Team Marine to take to Sacramento, Megan and I got a chance to see a document titled, "The True Cost of Single-Use Bags"
Did you know:
" Plastic pollution threatens California’s ocean economy, valued at $43 billion. An estimated 408,000 jobs mostly in the tourism and recreation sectors are tied to the Ocean economy.[i] 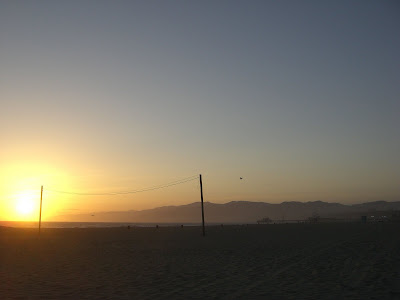 This will be my last post until Friday April 9th. We return from our camping/lobbying trip late Thurs. night. If I have access, and time, I'll send TWITTER updates on our lobbying adventures and other high-lights from our state capitol.
Posted by Sara Bayles at 8:34 AM 2 comments: Links to this post