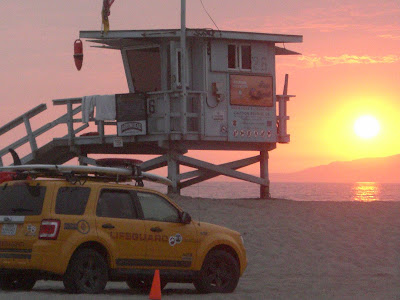 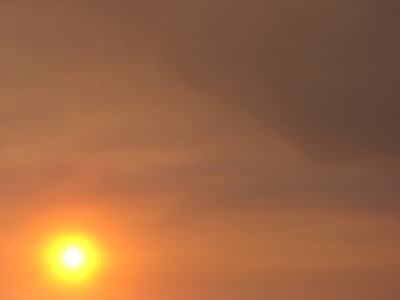 That dark cloud in the upper right hand corner is the smoke from the "Station Fire" in Los Angeles spanning over 40 miles to get to us at the beach. Long, smokey tendrils filled the air and reached across the sun as I stepped onto the sand tonight. 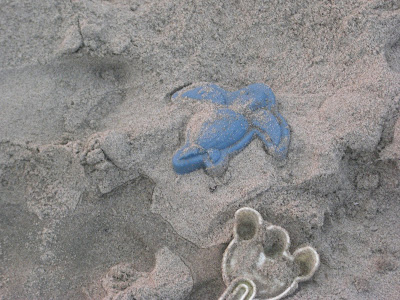 A fantastic book about Leather Back Sea Turtles is called the Voyage of the Turtle by Dr. Carl Safina of The Blue Ocean Institute who also fights for the Blue Fin Tuna. They are facing near extinction and he has been their advocate for many years. Also a great book by him is Song For A Blue Ocean. 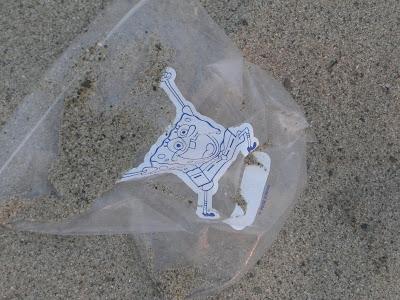 I had a great experience out on the beach today. A 9 year old girl drying off with a beach towel that was printed to be a replica of the US flag came over to me and thanked me for collecting trash. I said thank you, of course, and left to finish my 20 minutes with a smile.
At Bob's market in my neighborhood while I was standing in line, she found me again. We chatted for a minute and I thanked her for stopping me to say hello. If a kid feels the urge to come over and talk to you, not once but twice, you know you're doing something right that day. 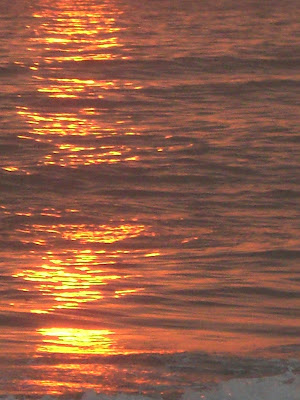 This is not about Marine Debris or Ocean Conservation, but I have to mention again here that the experience of being in Los Angeles during this insane wild fire is surreal to say the least. The clouds of smoke are 4 miles high and we could see them from Malibu. The area burned is larger than Seattle and while hundreds of houses have been saved by the efforts of over a thousand fire fighters, 62 have been lost. My heart goes out to all of you who have been evacuated, or suffered property loss, and god forbid loss of life in your circle of friends, family and animals. It truly feels like our city is burning down. 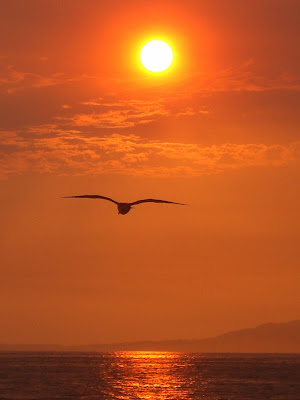 On a positive note, I saved a Sea Gull from eating a green elastic hair band. I chased him off in time when he dropped it to reposition his grip. I wonder what I looked like as I ran after him in the sand? Children playing at the beach, and I don't like this, often chase Sea Gulls away into the sky or over the water. This behavior is barely noticed, but I'm 32, hmm...oh well, I'm glad it is my impulse to run first and get self conscience later.
Posted by Sara Bayles at 8:48 PM No comments: Links to this post