Another day in a place far, far away... 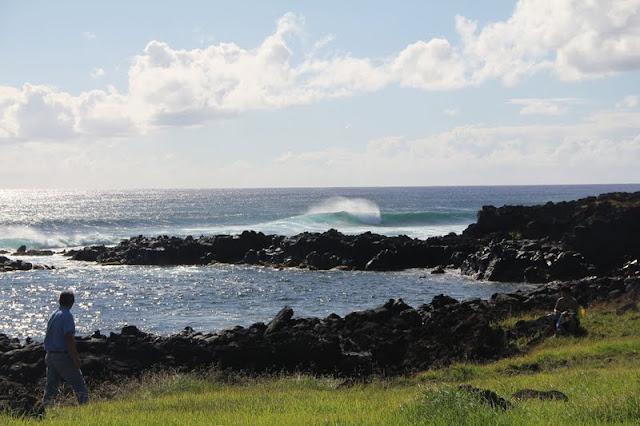 Maybe it's a matter of scale, but I find that a photograph, or at least my photographs, seem to be underwhelming when it comes to representing the magnitude of the waves waves that pounded along the coast that day. 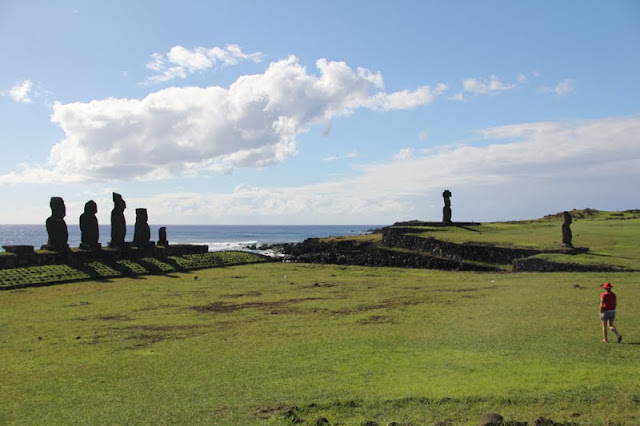 Here I am in my red hat that screams, "TOURIST!" A little crimson dot within the green and blue landscape of sea and sky. 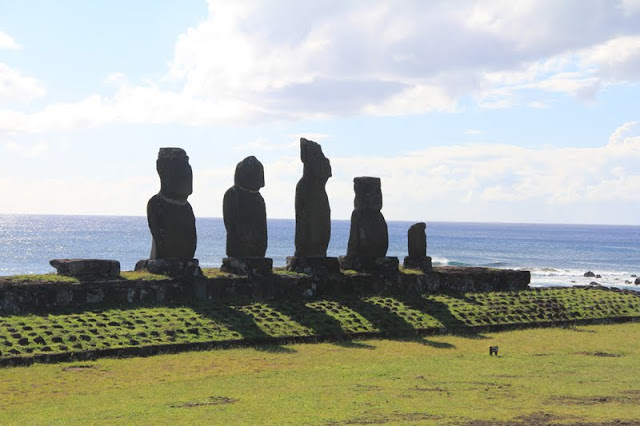 As I mentioned in my last post, these figures are called Maoi. A Maoi took many men, and natural resources to erect. Not to mention that instead of being some mythical pantheon of some nature based mysticism, these Maoi are representations of the men in the tribes that built them. Simply put, they are status symbols that absorbed the attention of their builders to the point of famine, war and the almost complete degradation of their natural environment. They had a Maoi making obsession. 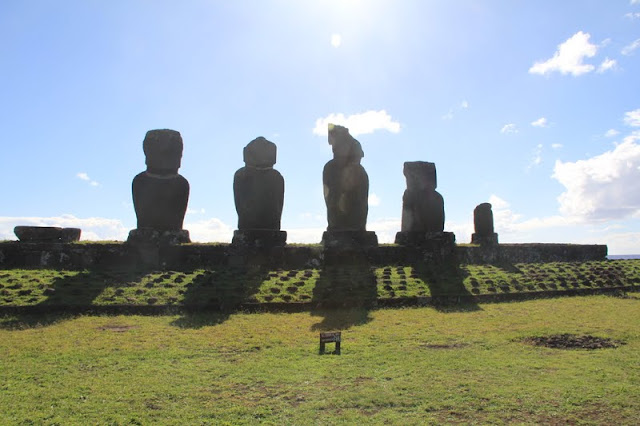 There are parallel threads happening today in the western civilization that I come from. I only have to go to the movies this afternoon and watch the pre-preview advertisements for the new G4 phone, or (insert your favorite new toy or shiny car here) to see the modern day Maoi's that we have become obsessed with.
I could be grossly oversimplifying things. And I mean no offense if I have stripped down this ancient Polynesian culture into a cautionary tale of power and environmental hazard, but I can't help thinking about how distracted their culture, and now our own, is by our respective versions of bigger, better, more. 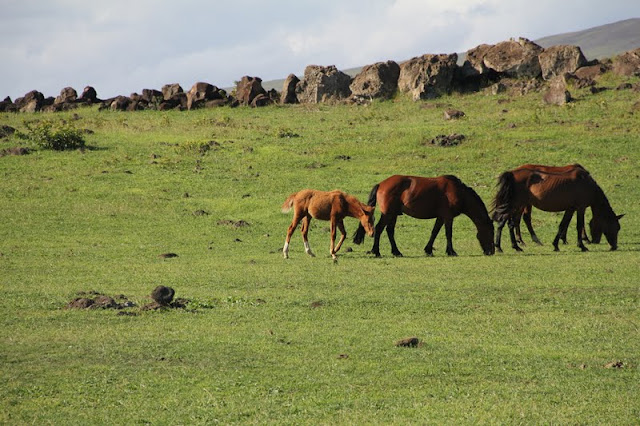 These bystanders seem to take no notice of their stone overseers or the gawking tourists strolling through their fields. They carry on grazing in the sun, swatting away the stray fly. But I notice them. I have been fascinated, and in love with, horses since I was a very little girl. 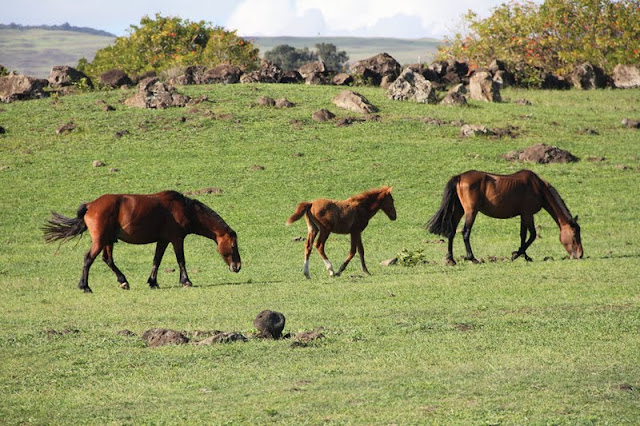 I haven't counted, but it is entirely possible that I have more horse photos than Maoi shots in my iphoto library. 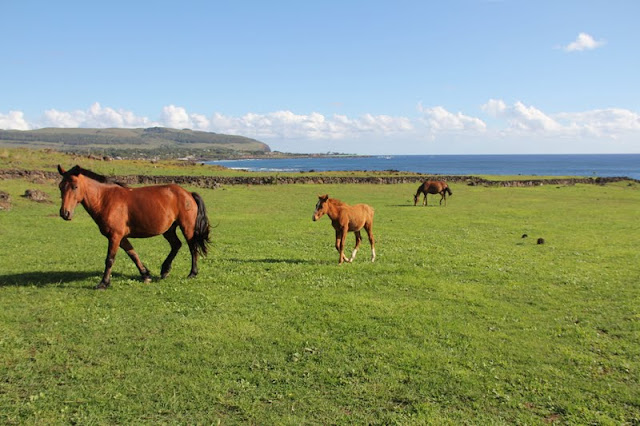 So you'll just have to bear with me while I share one more with you. 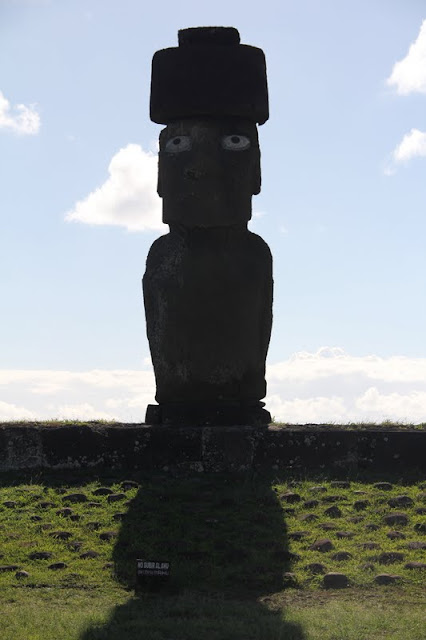 But to get back to the reason why we took this hike up the coast...here is something to really gawk at. 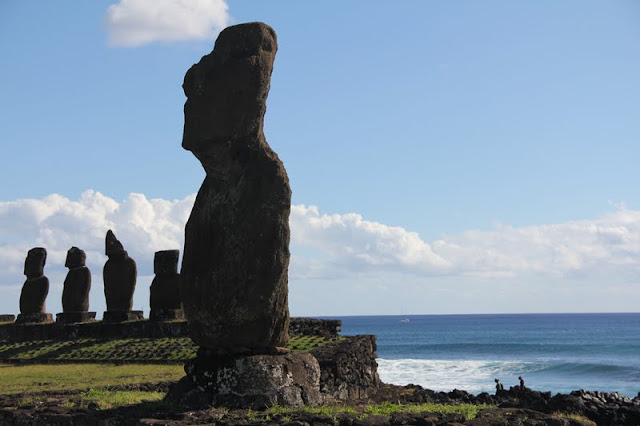 Whatever the reason for their existence, it is an impressive feat of engineering, collaboration, and artistic  expression that stands here along the edge of the island. 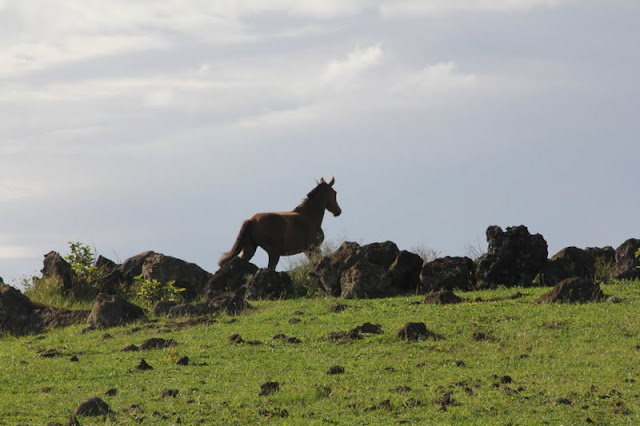 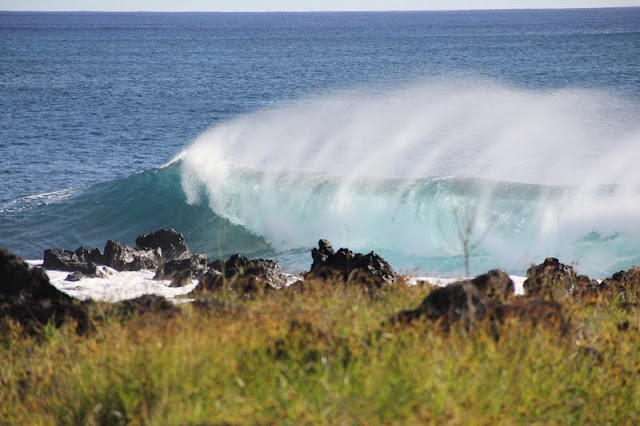 The coast was lined with mist from waves like this on the day that we arrived. The waves left a vale around the entire island that heightened our feeling of impending adventure and the mysteries that awaited us on this remote wonderland. Day two, and I am not disappointed. 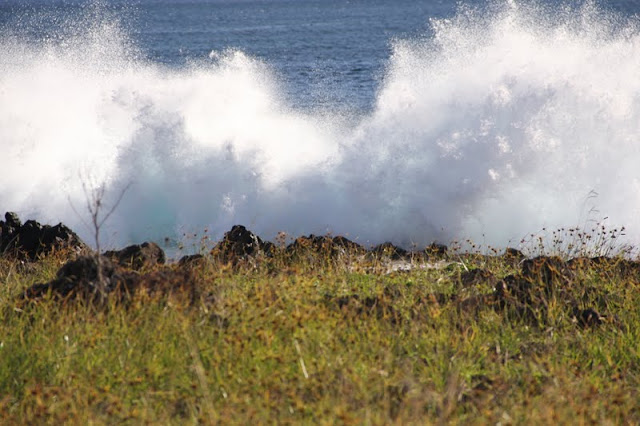 Posted by Sara Bayles at 10:57 PM 3 comments: Links to this post