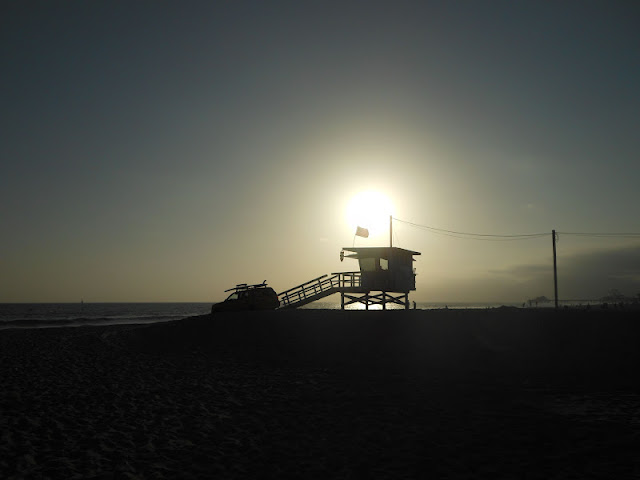 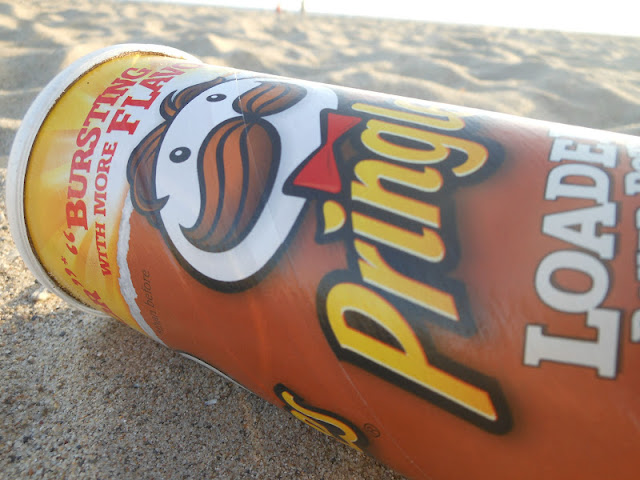 I remember when Pringles hit the market! You could eat the whole can in one sitting.
My mouth waters thinking about it.

Yesterday a BBC & Lonely Planet special called, CALIFORNIA ADVENTURE aired. They interviewed me out on the beach doing a Daily Ocean cleanup. A big thank you to the crew and producers who represented this blog so well. It was such an honor to be a part of.
Thank you. Thank you.

One email that really touched me from someone who saw the show was from a woman who recently moved from San Diego to Chicago. She's missing the ocean very acutely. Once the ocean is in your blood, it is crushing to be away from, at least this holds true for me too.

After seeing the cleanup, she got inspired to do Lake shore Cleanups - Chicago is a coastal city she pointed out. I hope she gets some comfort from walking the shores there, and connecting with the Daily Ocean community here. I'm looking forward to posting her findings. Thank you Renee. 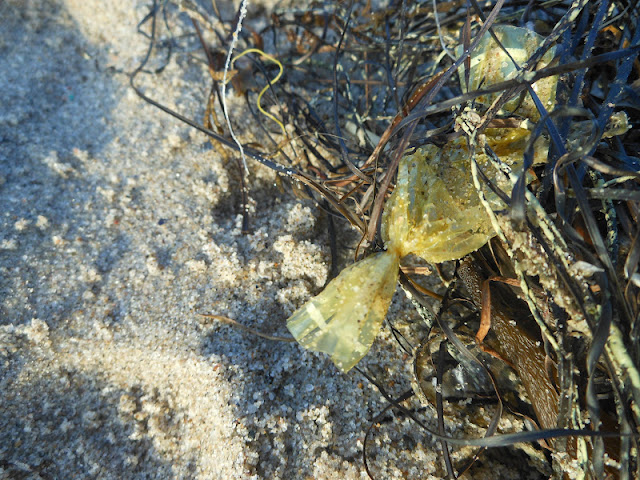 One of the major reasons I do what I do is to reach you. I love hearing from people on twitter, or FB, or on comments left here on my blog. I really enjoy answering you, connecting one person at a time.

Hearing that you've been inspired helps me keep going.

After all, beach cleanups in a vacuum are not the solution. I see them as a teaching tool for change.

You can only pick up the same plastic garbage time after time before it sparks a change in you to use less, learn more, become more active and inspire those around you. Anyone can do what I do.
That's the point and the hope! 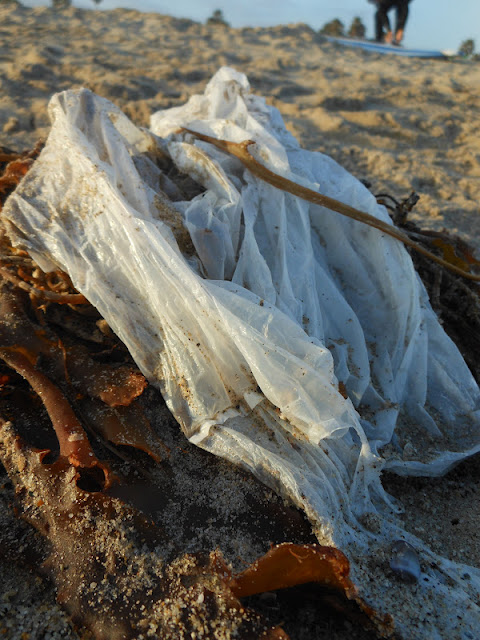 I find way to many of these. 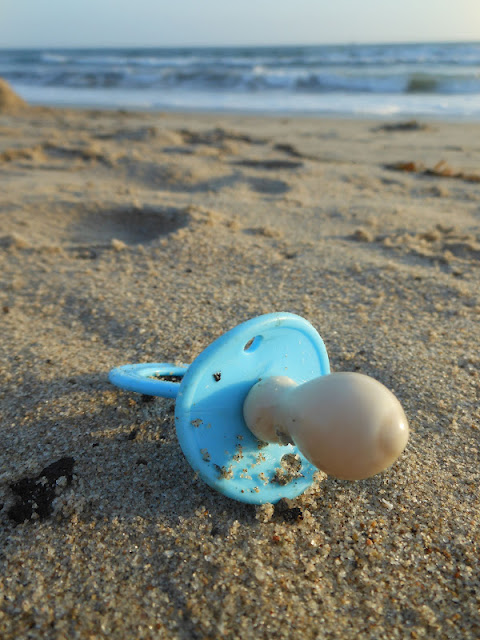 Not too many of these, although they are made from the same material. Most everything I find on the beach is made from plastic. Even cigarette butts are made of plastic acetate. 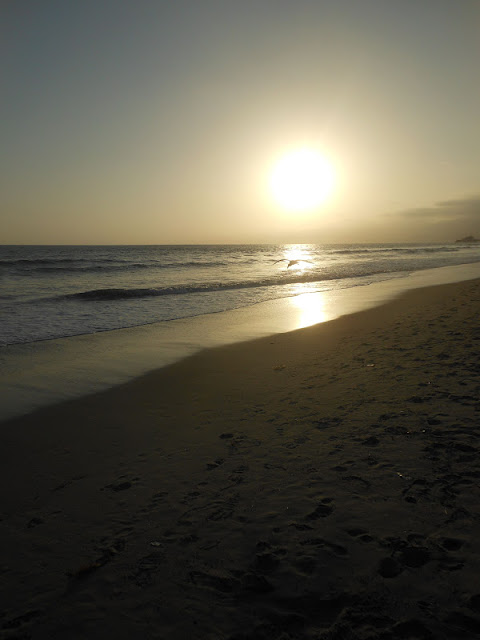 From my dear friend Danielle's latest post on her amazing blog, "It Starts With Me."

Posted by Sara Bayles at 12:00 PM No comments: Links to this post 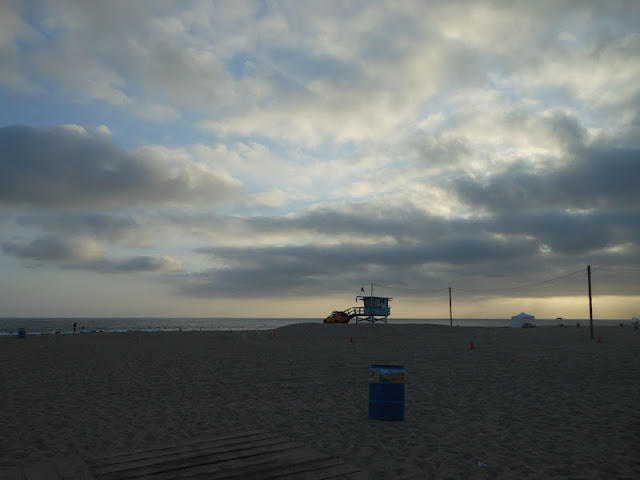 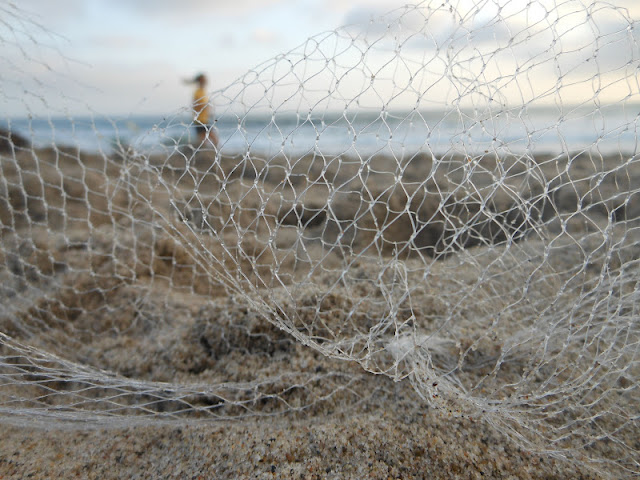 While I walked along picking up trash, a teenage couple scooped up what they could and threw it my bag. "Thank you," they said as they carried on. This is one of the only times people have actively joined me when they saw what I was up to.

Beach cleanups alone are not the solution. An awareness arises from bending down, picking up this stuff yourself, looking at it, and throwing it "away".
Because in the "throwing away"(only there is no away) other questions form.

Where is all this trash going even when put in a can? (buried in landfills most likely)
How long does plastic hang around? (forever...seriously)
I use this in my everyday life and it's ending up on the beach? (ziplocks!)
Where can I buy a reusable water bottle? (after seeing half a dozen in 20 min. left on the sand)
And OK so there IS a problem with plastic grocery bags. (I find one almost every time I come out)
I'll buy a reusable cloth one next time I'm out. (Someone in line sees you make the change.) 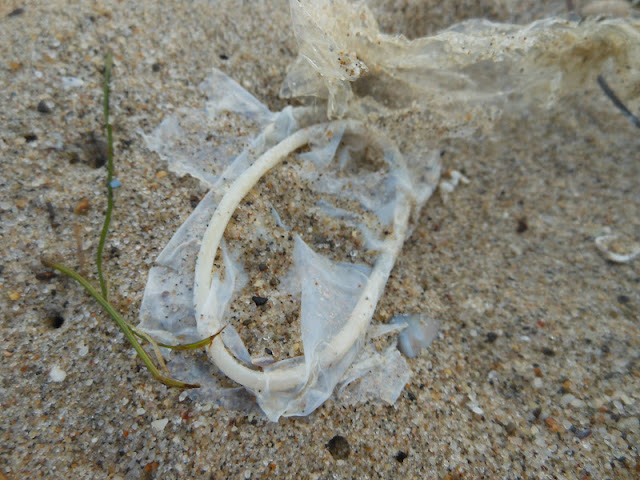 I rarely post the totally icky stuff I find, but these next two pictures are too timely to ignore.
While in the water the other morning, I almost inhaled a band aid into my mouth. Yuck!
Trash of all kinds floated in on the tide late last week. As is my habit, I had my mouth open for a second in the water before seeing the little plaster float by my face.

I shared my near miss with my friend Kitt. We agreed, totally disgusting and started to joke about how at least, "you didn't inhale a condom!" 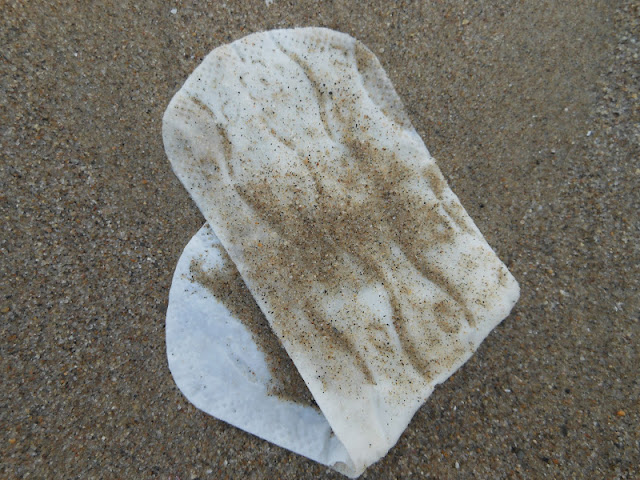 "Or a maxipad. I find those too," I said. We laughed, knowing that both of these items would be a major bummer. Somewhere in the back of my mind I felt like the possibility of either was far fetched. How odd considering I've found them before. I don't recall finding both a condom, and pad on the same 20 minute beach cleanup until tonight. The funny, or not-so-funny point being my friend and I had laughed about the horrors of encountering these items only hours before. 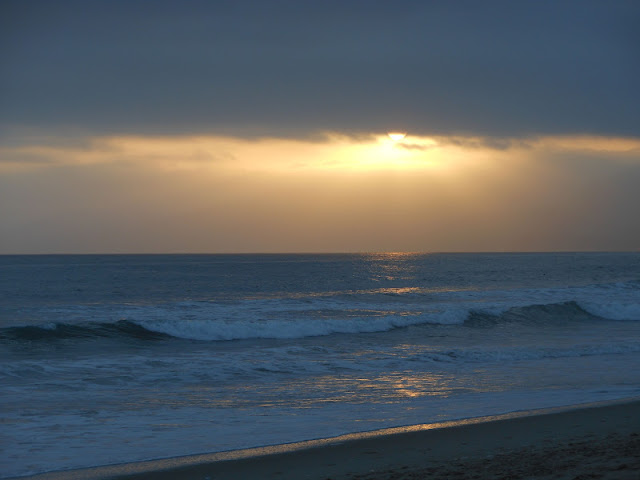 A mother and son stopped me while I was picking up trash with my handy trash picker. Community service and city workers use them to cleanup the parks and beach. The mother wanted to buy one for her and her son. The beach was trashed. 4.6 pounds doesn't adequately show how every time a wave receded there was another piece or two of clear plastic wrapper to pick up.
These wrappers even when wet and sandy weigh fractions of a pound.

My bag was full after 20 minutes and I didn't get much past Tower 26. Currents, tides, wind, ocean dynamics that are too complex for me to understand deposit more trash on the beach than you can stand to look at every once in awhile. I wished for the tides to shift, the currents to take back their plastic bounty after I finished. Seeing exactly what is "under the surface" weighs on me.
Sometimes I'd like to look away.
But now that I know, what's my choice?
Action feels so much better than inaction. This is one promise I can make you.