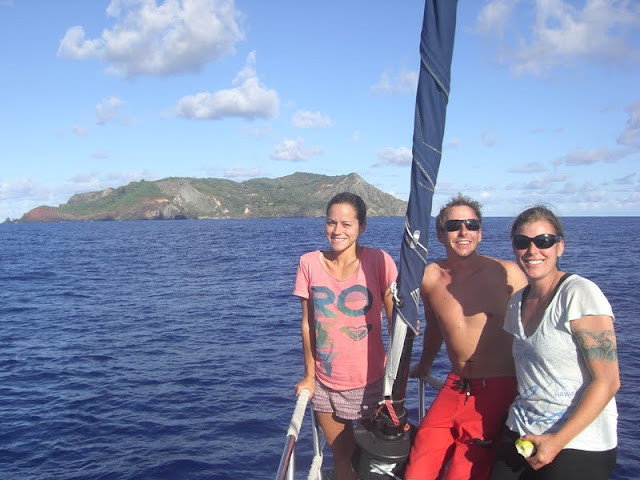 Pitcairn Island came into view early the following morning after we left Henderson. By the time the sun was high in the sky, Jess, Kit and I were happy to be sailing towards another island to explore. Two islands in two days! What luxury! 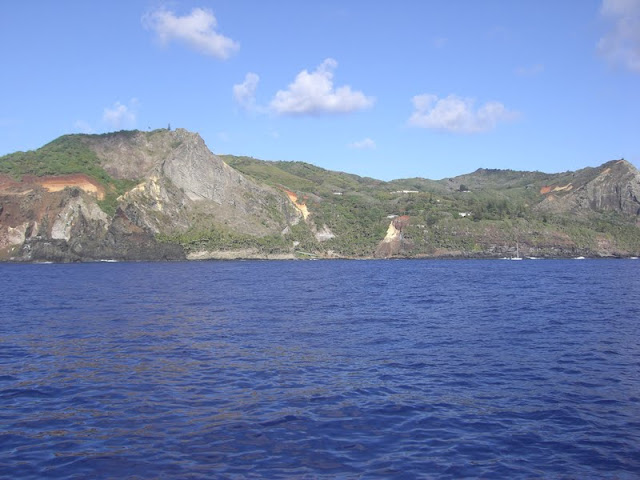 The story of the HMS Bounty goes something like this. The Bounty crew mutinied, sending Captain Blythe, his first mate and one more lad into a skiff with a sextant, water and a shred of hope. Next, they turned the Bounty back towards Tahiti where they took women, children and Tahitian men on board against their will and headed back to paradise. Once on shore, they burned the Bounty in the bay so that they would be safe from the Royal Navy that would inevitably come looking for them.
They found paradise here. Here? Here.
This rag-tag crew lasted two years until most of them were dead from feuding, a few still clung to their hiding places in perilous caves, and the last handful of them struggled on to become the descendants that were on their way out to us as we waited on anchor in Bounty Bay. 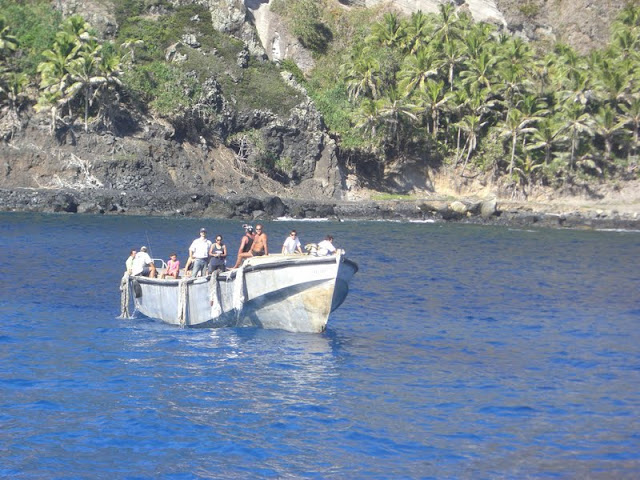 The boat plowed through the water with a few horse powered engine propelling it forward from the stern. The work horses of the island. 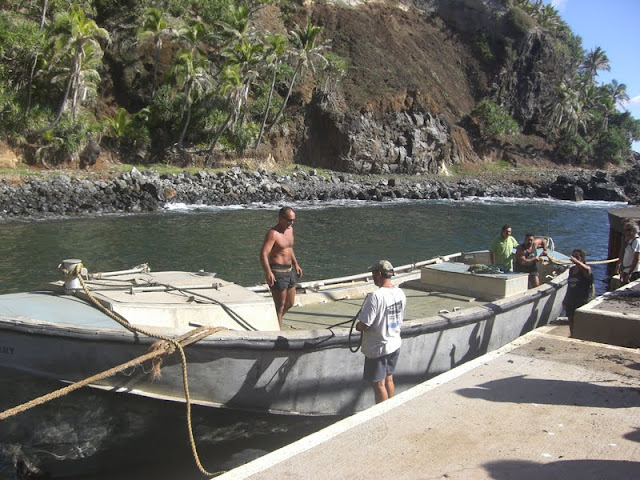 Colleen asked me, "Is the dock swaying?"
"No, it's poured concrete. We're the one's that are swaying."
"Come on. The dock has to be attached."
I shook my head. "Nope," I said as I rocked back and forth on solid ground. "It's us." 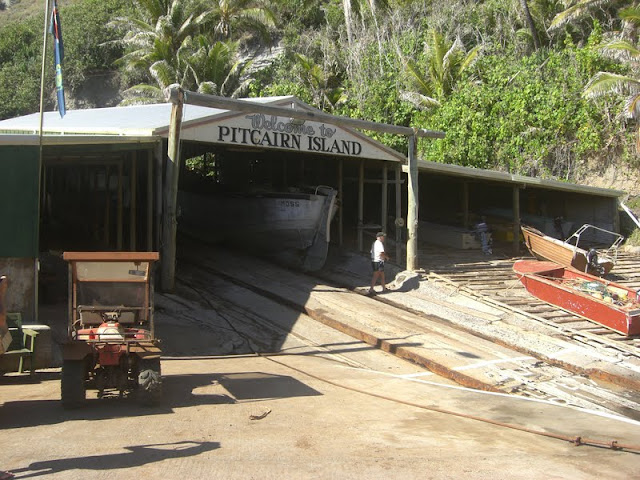 Welcome to Pitcairn Island. Population approximately 40. One jacked up gulf chart to ferry islanders up and down the steep terrain for every 3 citizens. 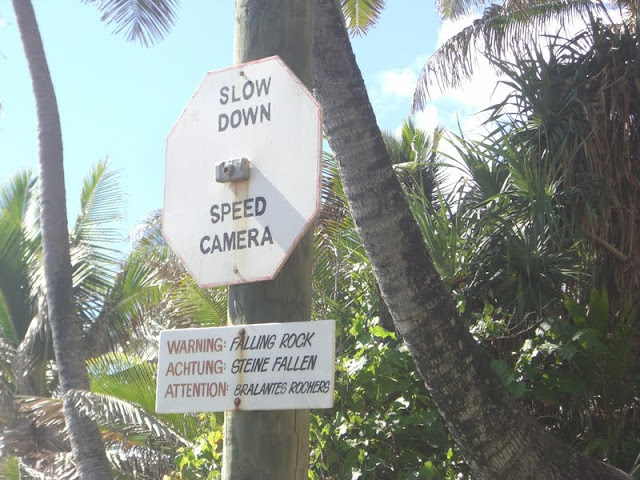 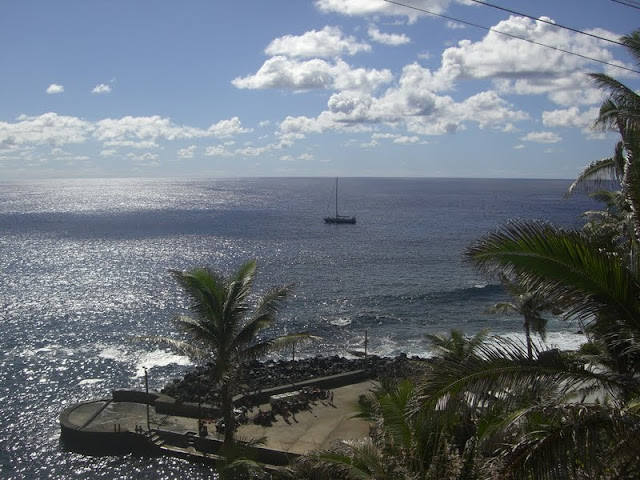 The Sea Dragon sat placidly in their bay while we struggled up the hill to explore "town". 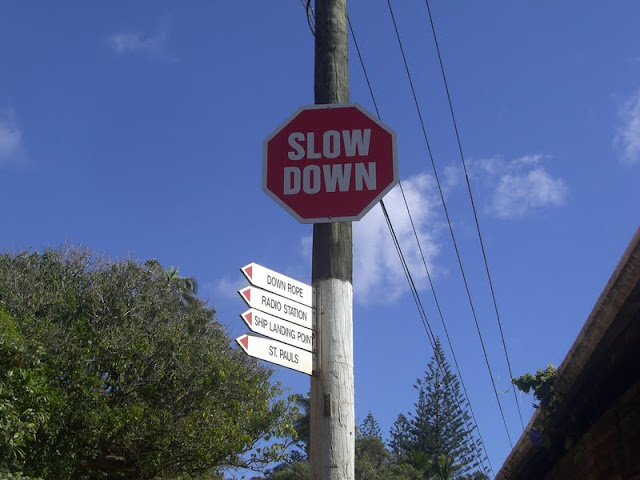 Their golf carts had burly off-roading tires, but how fast could they go?
There weren't any cars for thousands of nautical miles. 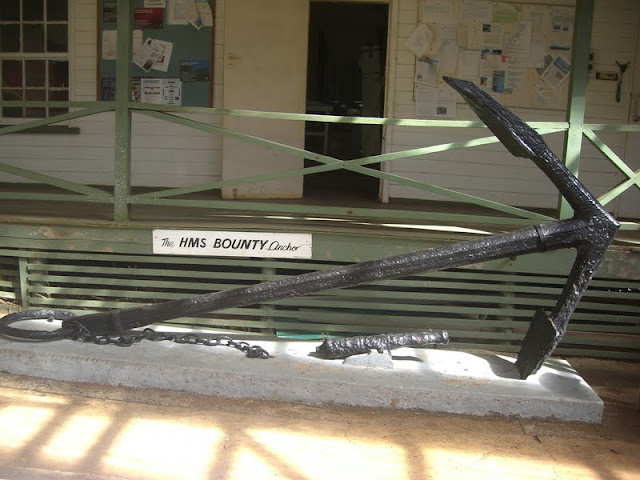 Once we were in their town square, they had HMS Bounty artifacts proudly on display. Right next to their Seventh Day Adventist Church service that was going on next door. 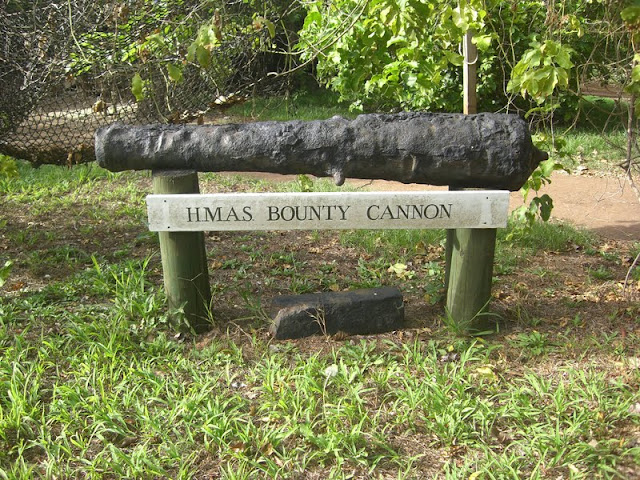 Don't know what the A is for....but the Bounty's cannon none the less. 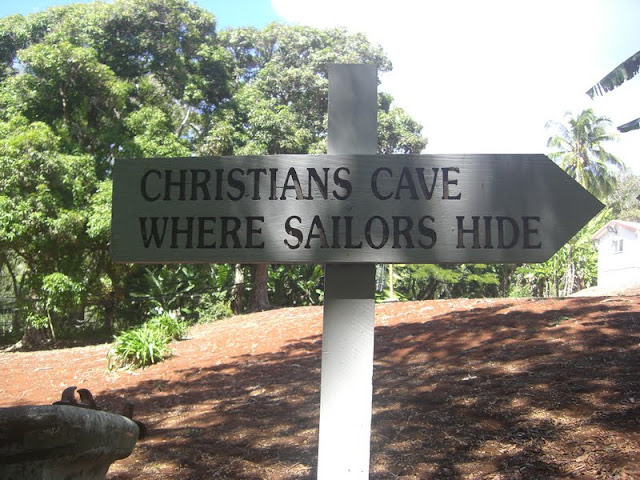 Most of us followed the trail heading up to one of the famous Bounty mutineer's cave. So what if it's twelve noon? We were up for a challenge. 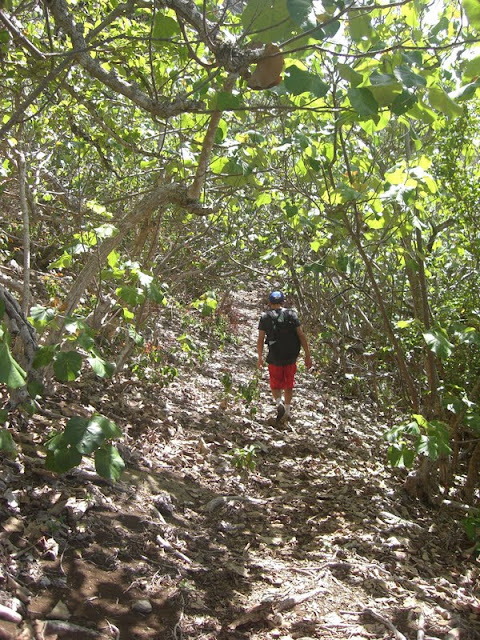 Kit strode ahead through the tropical tree grove. 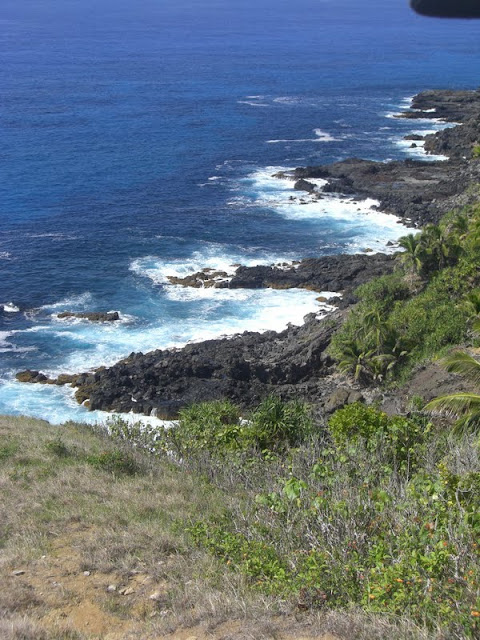 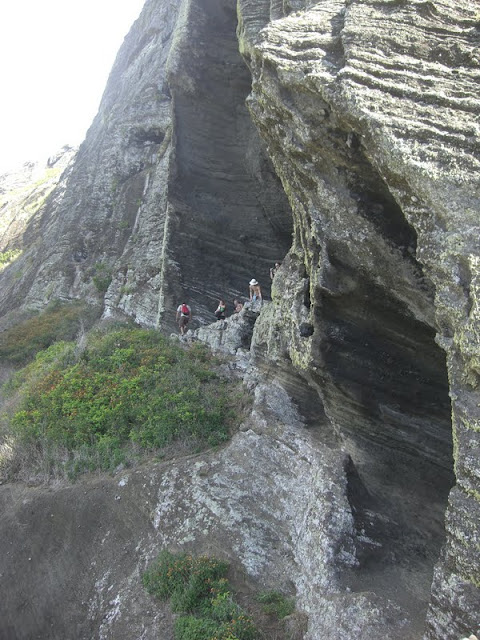 One word comes to mind: paranoid. I know that as mutineers, they would be hung if any of them were ever found. I guess you had a pretty good look at the wrong side of the island from the only safe bay if you made it up to the cave alive. But weren't there other places to hide? 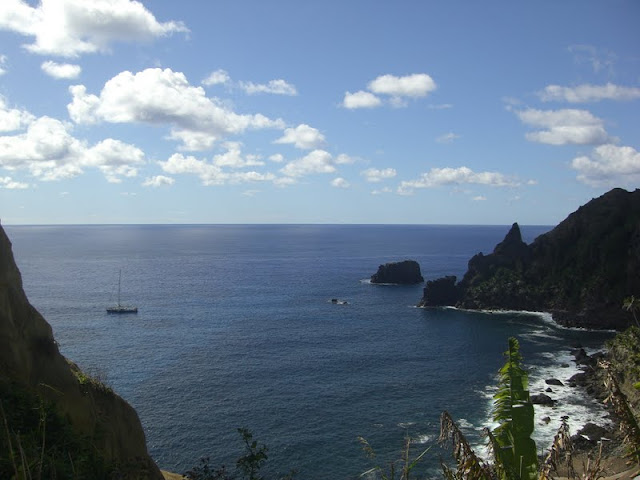 I headed down to the mayor's house instead of joining my crew now scaling the shale rock hillside to chat with Christian's ghost still on lookout. His wife was baking chocolate chip cookies. Clearly, an American. She was originally from Southern California. The Long Beach area.
"Did you bring any Blue Cheese?" she asked some of our crew when we'd first stepped ashore.
Hard place to live if you're a foodie. I guess you have to ask. Their next cruise ship wasn't due in until November, 2011. 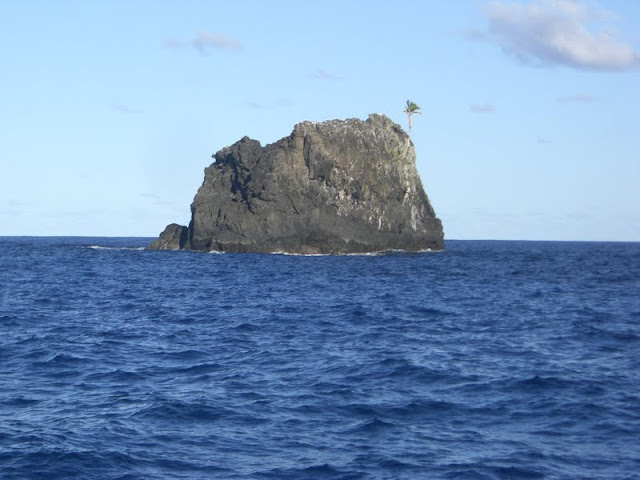 We stayed anchored in their bay for two days. Day two, some of us stayed on board the Sea Dragon to snorkel on the wreck of the Bounty. We found fragmented ship planks, an old iron gate, and other miscellaneous evidence of a sunken yacht, but who's to know if it was the Bounty.
We also swam around this tiny Motu, or island, and saw a small population of reef fish scattered around the rocks. But not one shark. Not when a local sets lines to catch the ones living in the bay. He uses their teeth in Pitcairn Souvenirs for the cruise ships.

Posted by Sara Bayles at 1:37 PM 3 comments: Links to this post