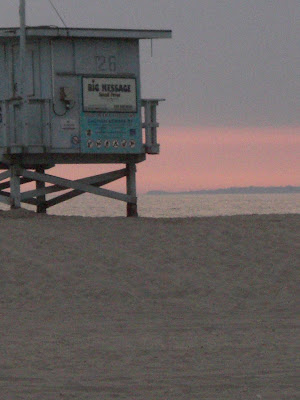 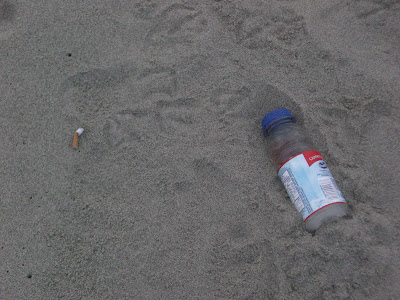 There is an earlier post I did where you can see the imprint of someone sitting in the sand who had left a drink cup to their left, and an empty paper plate of food on their right. They had clearly enjoyed a meal while looking at the ocean, and left their trash behind when they walked off the beach.
I see a similar scene here. Someone had an Ocean Spray Cranberry Juice, a smoke, and offered these as a present to the ocean for their peace of mind they enjoyed while on the beach.
Today a sense of frustration is sinking in the longer I do this project. We are drowning our beaches and oceans in cigarette butts, plastic bottles, plastics, fast food wrappers and candy wrappers. That is what I see over, and over again. I read that statistic, but I am now seeing the statistic every time I am out here. It seems so easy to solve this problem! Well, like the Star Trek movie about the Humpback Whales said, "It's amazing they ever got our of the 20th century." They were talking about us, the Human Race, and I'd have to agree. We can send men into space, but we can't throw our trash away after enjoying the beach? Doesn't add up, it just doesn't. Alas.....how 'bout them Mets! Ha! It is easy to feel dragged down, lets look at the next picture, that will help, and the point of why I don't just photograph trash..... 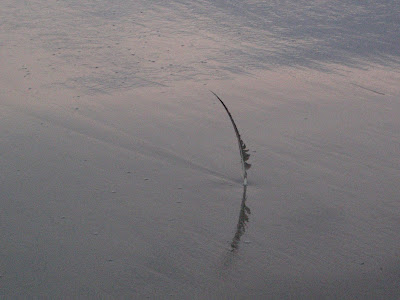 Beautiful..........most likely someone stuck this feather into the sand. Maybe the same person who drank the Cranberry Juice......that's the thing about people, we are capable of so much in either direction. A study in opposites. 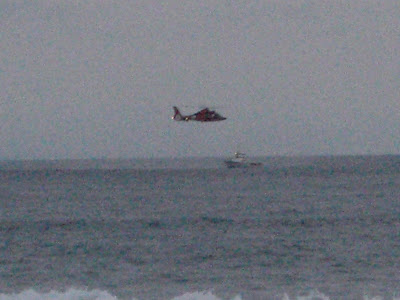 This is a bad picture. But I had to include this anyway. I saw a Coast Guard Helicopter hover feet above this small fishing boat just off shore and lower a man into the water next to it. A drug bust, a rescue to save someone who needs transportation to a hospital because of a heart attack? I don't know, but it was cool to see. The chopper was so loud from the shore, I can only imagine what it sounded like to the people on board. 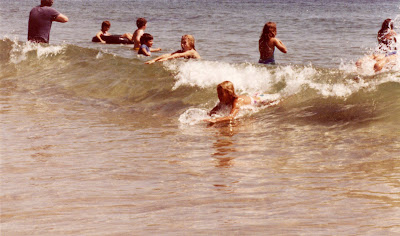 In my last post, I talked about how my relationship with the ocean started when I was young. I had learned to body surf in the Atlantic. Then I remembered that I had this picture of myself doing just that. So I have included it here. That's me, surfing in the waves from a passing ferry boat off the shore of Block Island, Rhode Island. I loved summers there. Chicken salad sandwiches with grapes, and a little bit of sand. No better lunch in the world.
Also, I've mentioned this before, but only briefly. Just about every time I am out collecting trash someone says thank you to me. They usually go out of their way to make eye contact and say it. Sometimes I get a sentiment like, "You're an awesome person." This is always nice to hear. I don't think that what I am doing is extraordinary, but I think that some people recognize the effort and I hope the point is that they then feel inspired to do the same.
Posted by Sara Bayles at 11:07 AM No comments: Links to this post