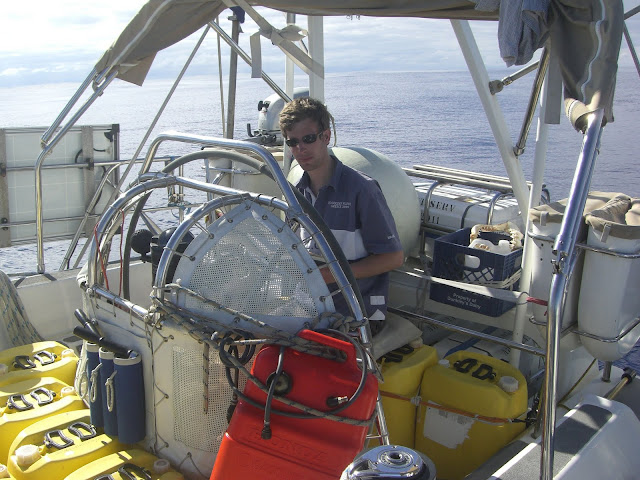 The sight of Charlie behind the wheel always made me feel better. He was on my watch for the first half of the trip across and was responsible for teaching me how to steer the boat. One of my favorite aspects of this expedition was getting to know people who I would normally not cross paths with in my everyday life.
For example, Charlie lives in a castle in Scotland, will be joining the Royal Army (who sails more than the British Navy...who knew), and plays the bagpipes. It's possible that I could have met him at another juncture but having this time together on the boat was super fun. As Bill put it, another crew member, Charlie was certainly our MVP. He knows how to sail well and his positive attitude is contagious.
Oh, and he makes really killer brownies. 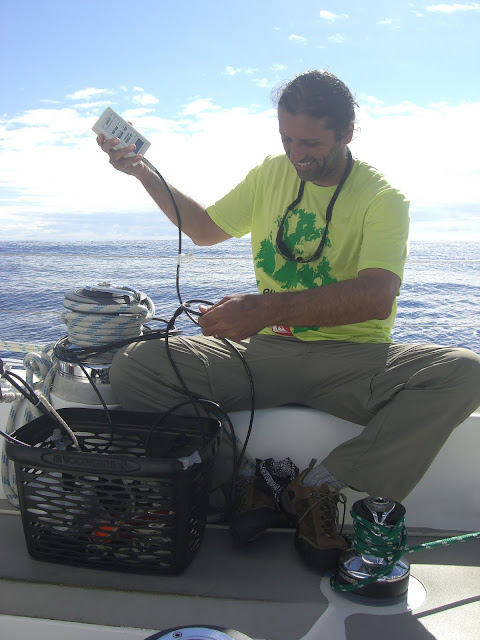 Garen is my "MVP" for life. Here he is getting ready to take his measurements. He started collecting data when they started trawling. I wish he was home right now as I write this so that I could give you a complete picture of what he did. I'll have to give it a shot on my own right now but I plan on designating more posts about his specific research in the near future.
For now, I will say that this is what field science looks like on a cramped sail boat. You make do with what you have. Everyone does. Garen stored most of his instruments in a black plastic basket that used to hold apples until I dumped them into another box. We had yards and yards of line to send down to collect salinity levels, phytoplankton numbers, pH levels, temperature and other data that Garen later downloaded into a laptop in the galley. All of this line needed to be untangled daily no matter how clever we thought we were in sorting and tying it off the time before. Ah the glamour of environmental science. Actually, I know Garen wouldn't trade doing this kind of field work for the world. 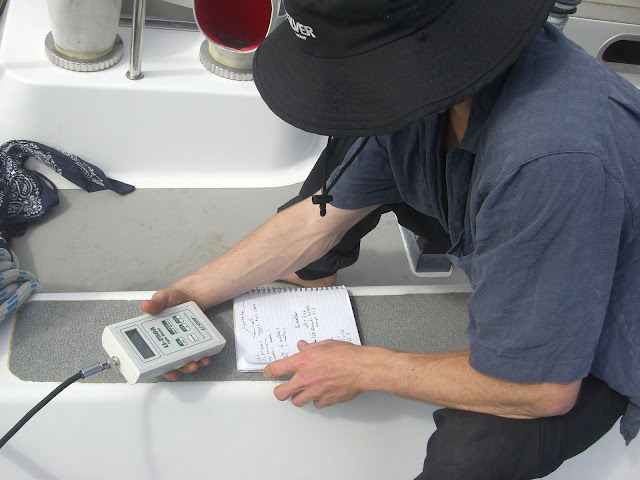 Our work always took the two of us and two more hands. Here is Jeff reading the light meter for us and recording those numbers into Garen's lab notebook. 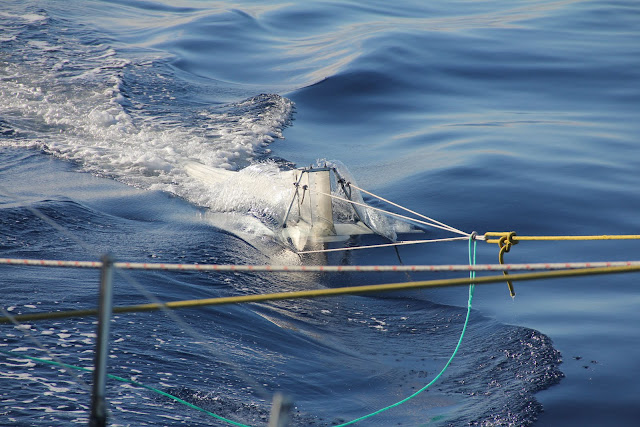 As the manta trawl stayed out on one side of the boat for an hour every 60 miles (if my memory serves me correctly) we deployed this high-speed trawl out on the other side of the Sea Dragon all of the time. We would process the high-speed trawl sample at the same time as the manta and then send it back in for further collections. 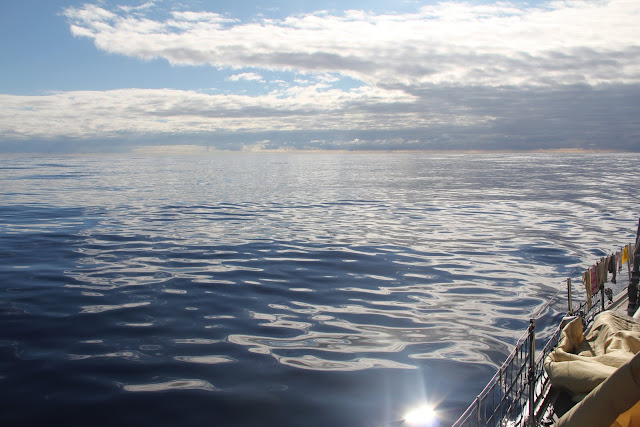 The wind continued to die down as we trawled closer toward the center of the gyre, forming a glassy, reflective mirror over the South Pacific that seemed to draw the sky and the sea closer together.
Posted by Sara Bayles at 4:09 PM 1 comment: Links to this post