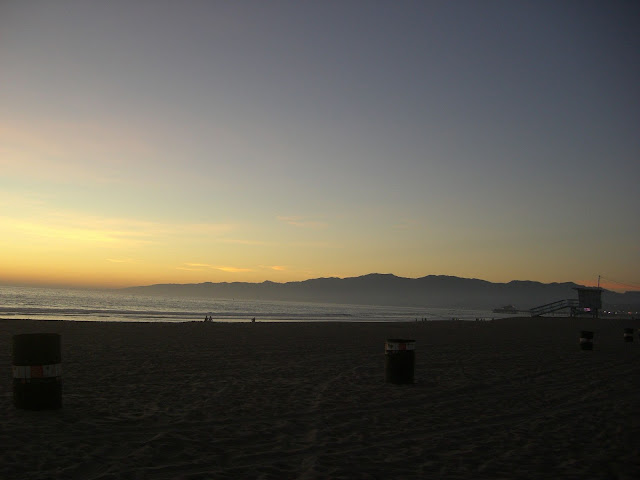 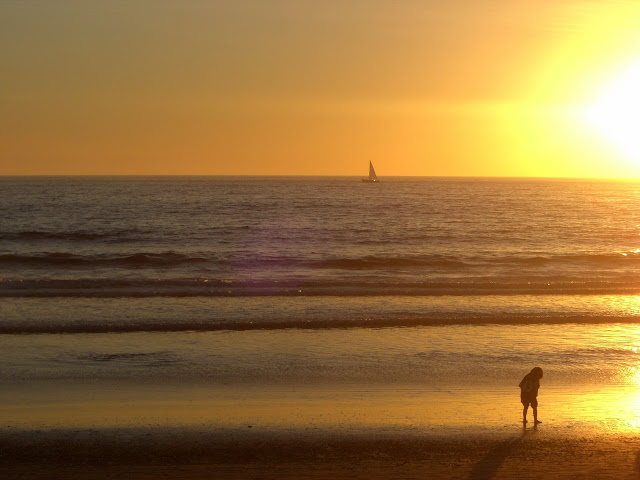 I often scan the blogs I read for their latest entries when I sign into blogger. The Bag Monster had a great post about ONE MORE GENERATION. I've known about this brother and sister dynamo-duo but have not taken the opportunity to write about them. So with a nod to the Bag Monster, let me also cover some of the amazing environmental initiatives that Olivia - 9 1/2, and Carter - 8 have been up to.
This post from their site caught my eye, "Plastic...it's what's for dinner."
They started OMG with their primary interest being to save wild animals after they "adopted" a cheetah. Their involvement in caring for endangered species led them the issue of banning single-use bags in their own community, and keeping them out of their house too. If you care about wild animal welfare, this is a logical next step.
Since becoming aware of the need to stop using plastic bags, they have talked to their mayor in Georgia, teamed up with the creators of BAG IT, and come up with a great skit called, "Captain Re-Use fighting off Princess Plastic."
"Plastic, it's what's for dinner," is packed with great videos about singe-use plastic bags. Please head over to their site, read up on them, and show your support for kids changing the world. 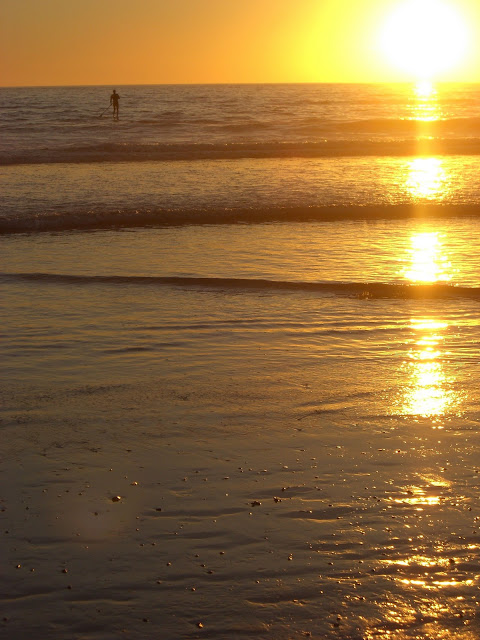 The people who live in Southern California have it pretty good. Few would argue with that seeing this stand up paddle board surfer enjoying the sunset from the water on Super Bowl Sunday when even Dallas was under snow only a few days ago.
But life here is not all about fun in the sun. One trouble that we share with the global community is trash. What do we do with all of the tons of trash that's generated from our 15 million or so LA area residents? I have found that recycling is a slippery slope with one fact circulating through my mind more than most - WE SELL OUR PLASTIC TO CHINA. Yup. When you put that water bottle in the blue bin it is like giving it a one way ticket to Asia. Ugh. Or at least that is how I feel.
But to be fair, here is an article from the LA Times that ran last week, "Trash: Southern California's mission to clean up the confusion." I'm not sure that the article did that for me, but I'll let you decide for yourself. 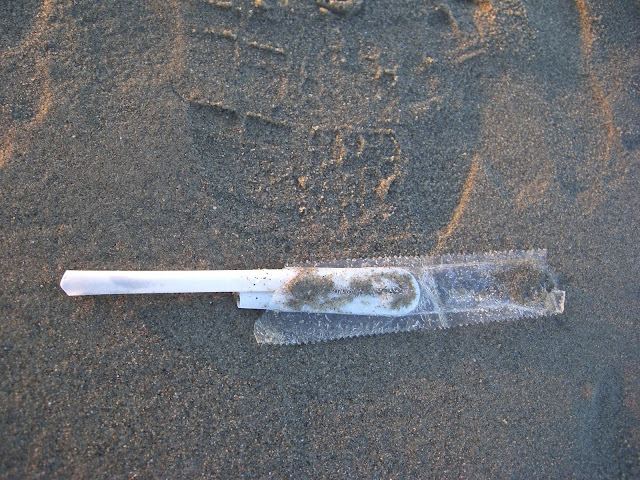 Wait one minute, didn't I JUST put this picture up only a day ago? Isn't this a mistake? 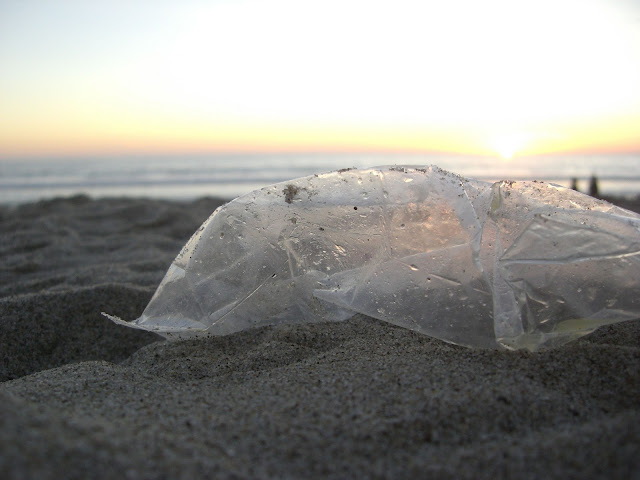 Every person that I noticed walking to work through Clover Park this morning had their lunch in a plastic bag. 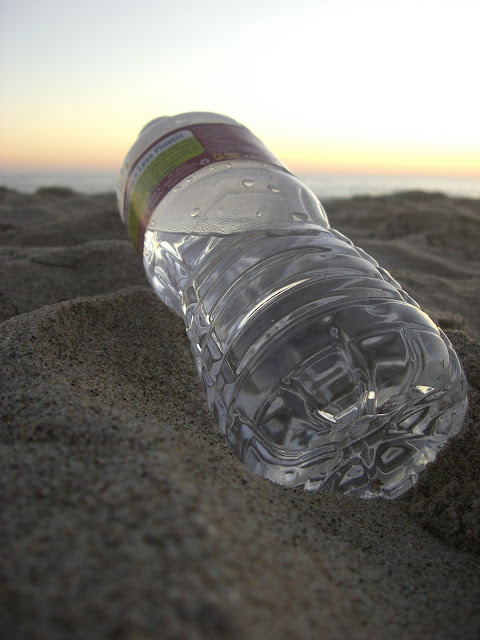 I find a bottle almost every time that I go out onto the sand. 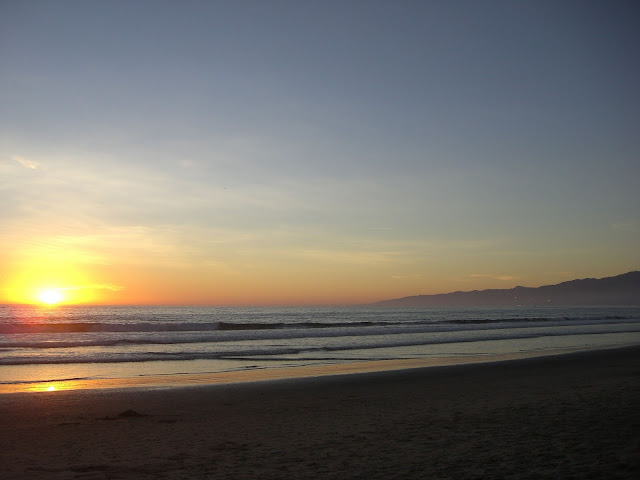 Right after I took this picture, I looked down and saw a dead seagull. The gull looked perfectly healthy except for the way that it was titled forward onto the sand with its wings folded underneath him. Did it die from eating too much plastic crap and Styrofoam? I didn't know what to do at first. It felt wrong to leave the gull to be raked over in the morning by the beach tractor. I couldn't put it in the trash can behind me, that felt worse. I hesitated to touch it. Don't feathers have mites? The only answer seemed to be bringing the bird to the ocean. So I did.
Posted by Sara Bayles at 11:33 AM 2 comments: