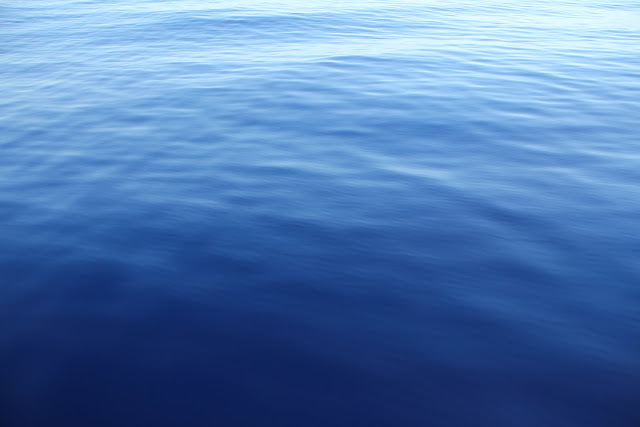 Welcome to the South Pacific Gyre. It is NOT an "island of trash." Although I think that the image that the "floating island of trash" conjures up in someone's head is useful, it is not the actuality.
I am sure that there are other gyres (North Pacific, North Atlantic, South Atlantic, and Indian) may look more trashed to the naked eye, but it is my experience that for most of the trip across the South Pacific Gyre, this is what we saw.
And this does not make our findings less disturbing. In fact, it may make it more disturbing that right under the surface of the water in the middle of the largest ocean on the planet there lie flecks of plastic that one can troll for and fish out without much effort. 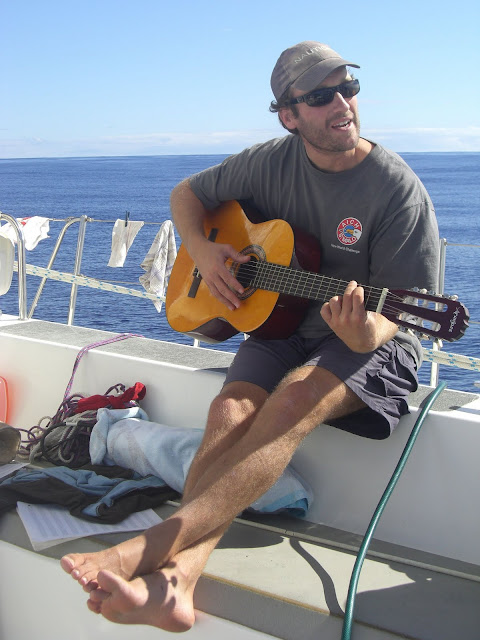 Between trolls, Clive kept the musical theme of the crew going as he turned the cheap Chilean guitar that Ben bought before the trip into music. The musical talents of our 13 person crew follows:
Anna plays violin
Ben, Charlie, Clive play guitar
Charlie plays BAGPIPES!
Bill can sing
Every night of the trip after dinner someone presented the evening's entertainment. Many of my fellow crew mates showcased their musical talents. 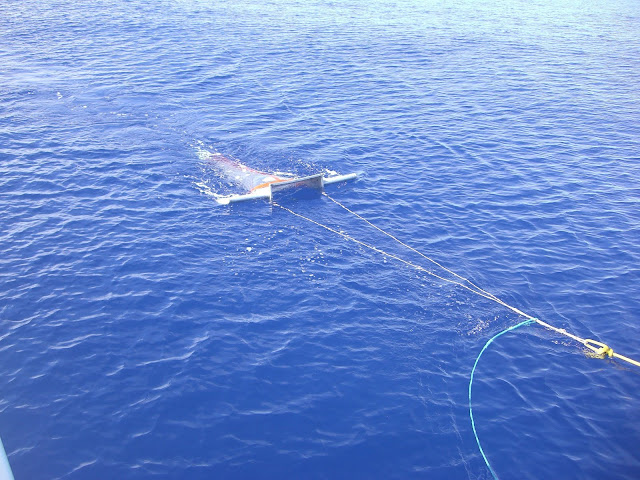 We crossed into the gyre and started to troll. We brought in the Manta Troll every 6 hours for weeks. 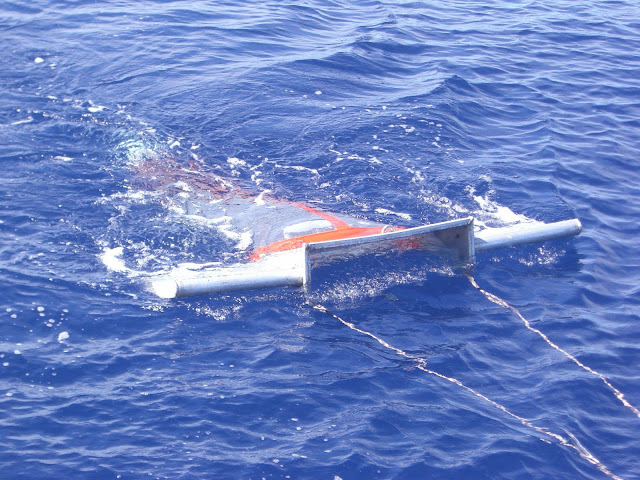 At first, we found very little or no plastic. Isn't that great? Then we got closer to the middle of the gyre. More photos of our findings in following posts...... 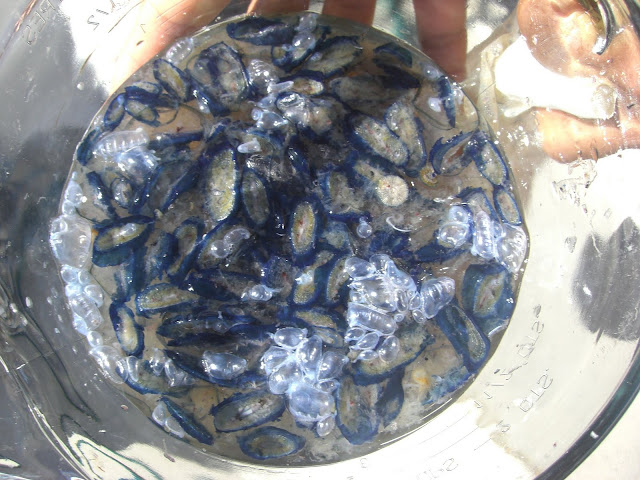 But here is an example of one of our early trolls. Tiny jellies, and something called:
"VELELLA VELELLA"
"Velella is a genus of free-floating Hydrozoans that lives on the surface of the open ocean, worldwide, and is commonly known by the names by-the-wind sailor, purple sail, little sail, or simply Velella. The most common, and perhaps the only species encountered is Velella velella." 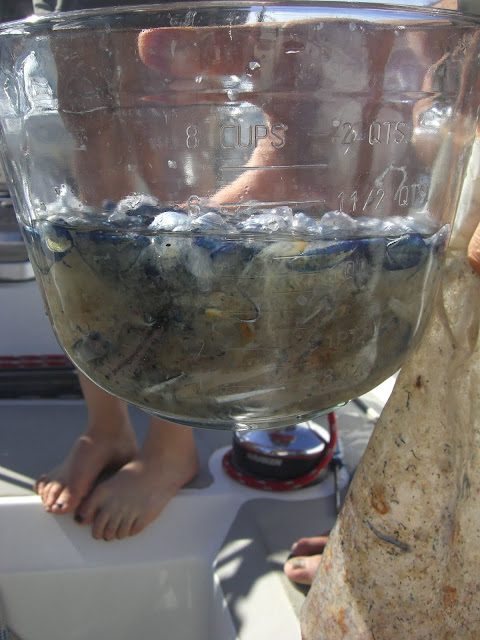 Velella are strange little beasties. There were also other unclassified gelatinous blobs floating along that not even Garen could name. I liked the tiny Man-O'-Wars. 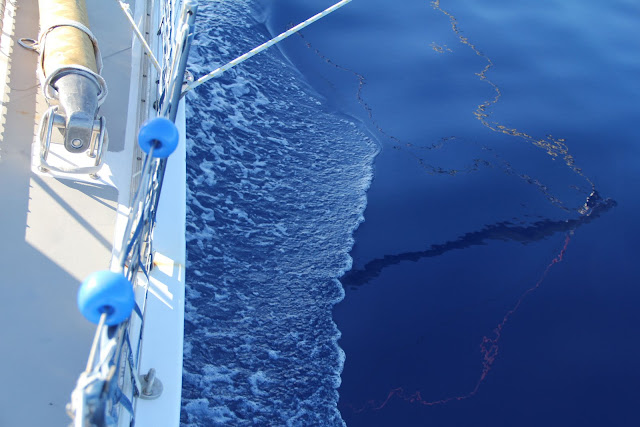 We sailed towards the middle of what could be thought of as the dessert of the ocean. Very little life exists out in the gyre. The water is 13,000 feet deep on average, the winds stagnant, the surface glassy and the research unknown.....
Posted by Sara Bayles at 5:26 PM 3 comments: Links to this post