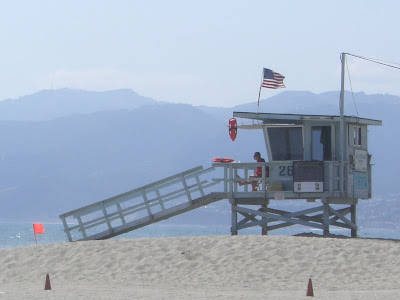 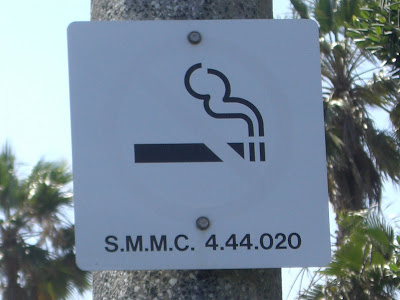 There is no smoking on the beach. After I parked in front of this sign and snapped the picture, I got out of my car and saw two people smoking within 50 feet of the sign. 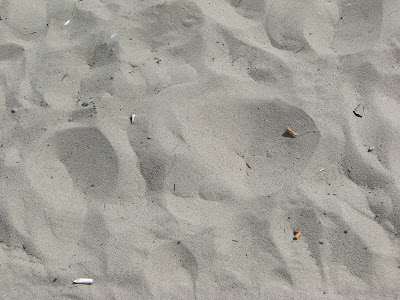 Then I walked to the boardwalk out to the beach and within a 3 foot area of sand, I picked up 16 cigarette butts before I left the sidewalk. 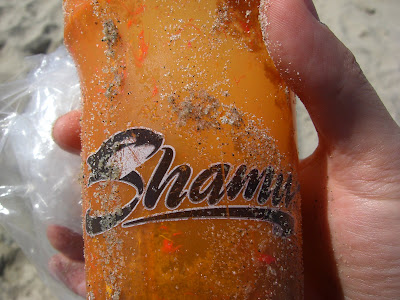 Ironic. Let me take this opportunity to talk about toothed whales. Shamu is a toothed whale, and so are dolphins. There are two main classes of whales, baleen whales and toothed whales.
Some examples of toothed whales are dolphins, Killer whales, Sperm whales, and Beluga whales.
Some examples of baleen whales are Humpback whales, and Blue whales.
The Blue Whale is the largest animal to live on the earth ever! Larger than any dinosaur. They eat krill, small shrimp-like crustaceans which are one of the smallest animals in the ocean. They eat 40 million krill in one day! WOW!
The largest Blue Whales have been clocked in at 200 TONS! Their tongues are as heavy as an elephant. Their heart is as large as a VW Beattle Bug Car. And you could crawl through their Aorta Heart valve. Insane! 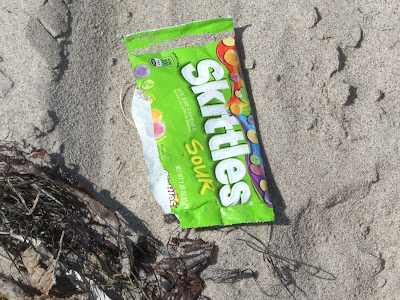 Another brand for my collection of candy wrappers. 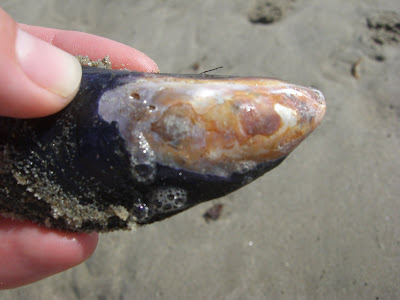 This muscle shell had a beautiful orange pearl-shell. 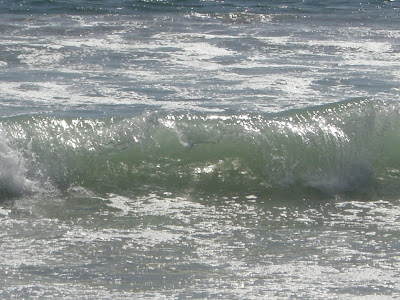 Garen, my husband, works for Santa Monica College. Yesterday was graduation day. We went to a luncheon that honored an alumni named Dr. Richard Grigg, or Ricky Grigg as he is known in the surfing world. He is a big wave surfer who after graduating from Stanford, and Scripps, has lived in Hawaii. He taught oceanography for 30 years at UH, Manoa. He specializes in corals, and coral reefs. He is an amazing guy. He relayed a poem to us. I want to share it here:
I do not know what I may appear to the world, but to myself I seem to have been only like a boy playing on the sea-shore, and diverting myself in now and then finding a smoother pebble or a prettier shell than ordinary, whilst the great ocean of truth lay all undiscovered before me. - Issac Newton 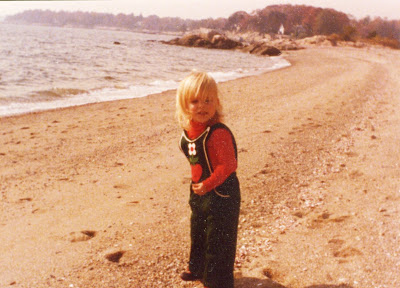 Here I am in Rowayton, Ct. on Long Island Sound. This picture was taken the day after my second birthday. I have been thinking about when, and how my relationship to the ocean began. I have been asking myself, "Why do I care so much?" I think this picture speaks for itself.
Ricky Griggs also shared this quote:
May your joys be as deep as the ocean and your troubles as light as the foam. - Unknown
Posted by Sara Bayles at 11:35 AM No comments: Links to this post