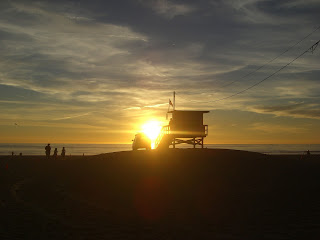 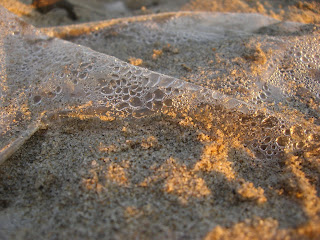 Every once in a while, I like to dedicate a day's post to my fellow bloggers by sharing a bit of what they have been up to.


I'll start with "The Flotsam Diaries - A chronicle of human debris. Washed up, blown in, left behind." written by Harry in Northern Maine.

"In two weeks in the heart of winter on a quiet Maine beach, I've plucked up nearly 1,000 pieces of manmade garbage. Along 500 feet of tideline. Some may be remnants of summer's revelry; some has clearly washed in from many miles away. And it just keeps coming." 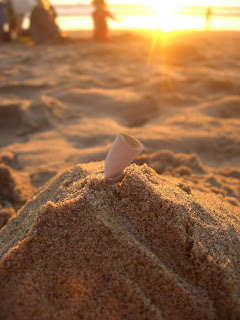 This picture reminds me of Daniel in North Carolina who has been collecting cigarette butts, and the other trash that she finds, off of her local beach. She has found
13,470 cigarettes in 37 days
I'm speechless. 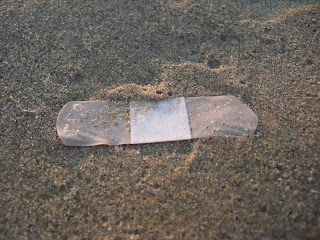 This band-aid got "washed" clean. Whenever I find them on the beach, I always wonder why people wear them into the water in the first place? Band-aids come off in the shower... 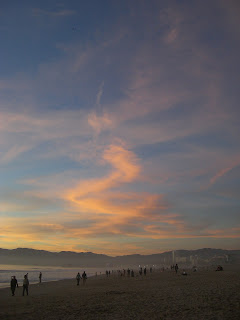 A blog that I've started to follow more recently has posted their take on the Oregon State Univ. press release issued by Dr. White that calls into question the actual size of the "Great Pacific Garbage Patch." The woman who writes the blog, Bonnie, has been out with Algalita and 5 Gyres four times. I think that she has something to contribute to the conversation.
The Plastic Ocean Project 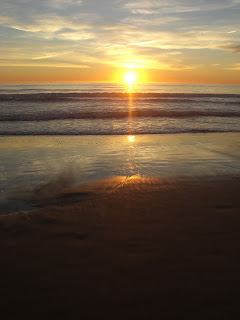 The IBRRC - International Bird Rescue Research Center - is an amazing operation. Their first center sprung up in Long Beach many years ago. More recently, they have been treating the birds that are the victims of the BP Oil Disaster in Louisiana. They made their fundraising goal for the month of Dec. which is a good thing considering,


"In 2010, we treated nearly 5,000 birds in our two centers – everything from pelicans to tiny sandpipers to lesser-known fulmars. Last month we also cared for a tundra swan that was found cold and weak in a farmer’s field." 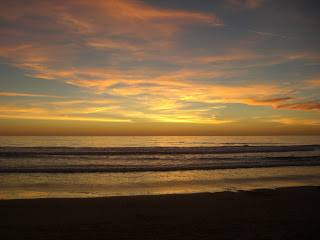 Garen and I are approaching the count down until we head out with the 5 Gyres Institute to cross the South Pacific researching marine plastic pollution. 2011 feels full of promise and adventure. I hope that who ever is reading this finds the same.
This quote is about writing, but can be applied to many creative endeavors.
"if you are writing the clearest, truest words you can find and doing the best you can to understand and communicate, this will shine on paper like its own little lighthouse. Lighthouses don't go running all over an island looking for boats to save; they just stand there shining." -- Anne Lamott
Posted by Sara Bayles at 5:03 PM

Email ThisBlogThis!Share to TwitterShare to FacebookShare to Pinterest
Labels: IBRRC, It Starts With Me, The Flotsom Diaries