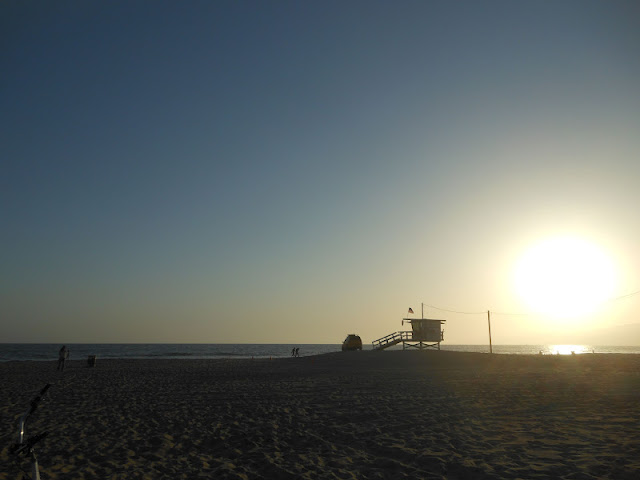 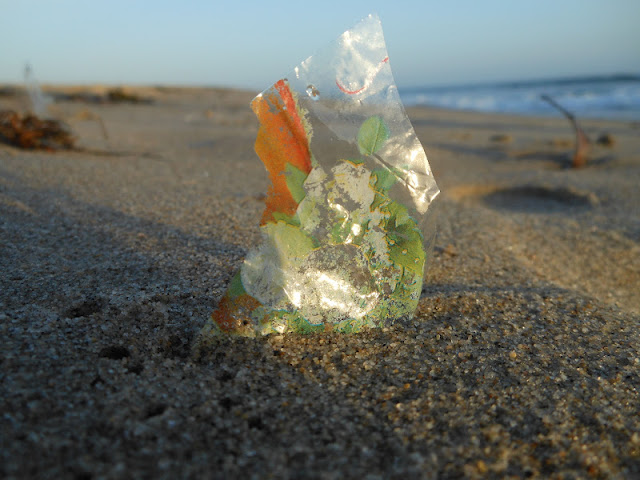 A shred of non-descript plastic film packaging poking up from the sand like a young plant shoot in sandy soil, except plants don't grow up from the beach like weeds,
and plastic doesn't belong in the sand. 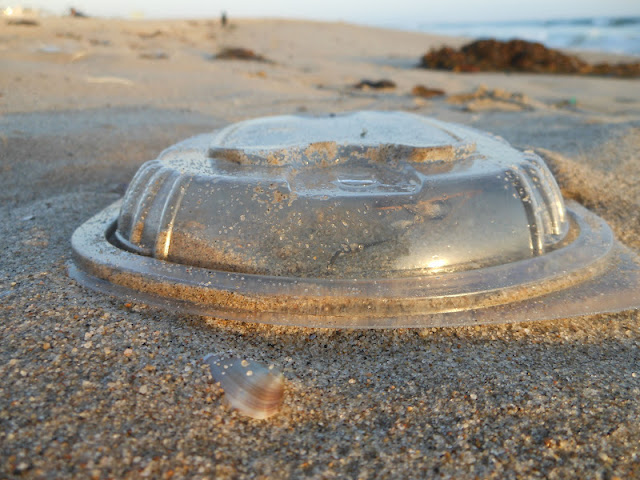 A jellyfish, or plastic takeout lid? I think you know. 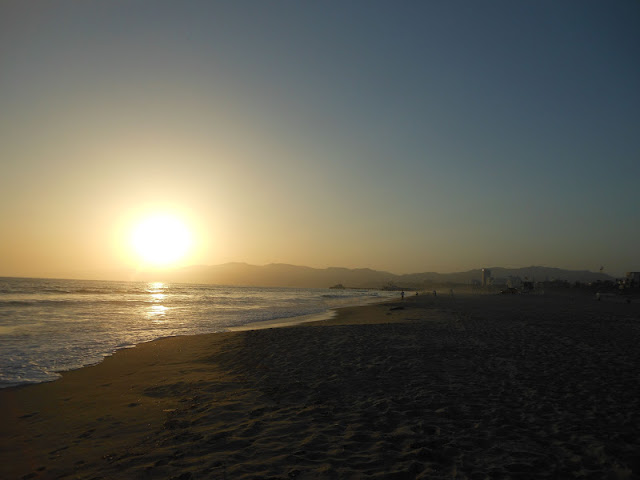 I showed a new friend this view of Santa Monica last night. She's moving to the mega-tropolis that is LA, and after only a few hours in Santa Monica she might well move here. Santa Monica is special. I see it bathed in golden light most nights I'm out on a beach cleanup, but looking at it next to some one witnessing it for the first time, makes me appreciate it anew.

As we finished up, Swan remarked how clean it was. But after weighing our collection of trash for the night she added, "Clean except for all of that." The trash mixed into the sand and strewn along the tide line is insidious. It's easy to dismiss sometimes, but it's there just the same.