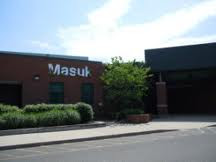 Maia, an 8th grader from Ct., emailed me to get involved. She's written a report on plastics in our ocean. I asked her to tell me what got her interested in this topic, and what's a next step for her now that she knows. Here are her answers.


I became interested in this topic because of the fact that I have
always wanted to be a marine biologist since the first time I stepped
foot on the beach.

After a while I realized just what a huge issue
pollution is causing for local beachs, not only just making them look
unappealing, but causing the waters that people swim in everyday turn
an ugly shade of grey.

Another reason I became interested in this
topic was because of the fact that sometimes I even see people just
throwing their trash out the windows of theirs cars, and seeing
seagulls attempt to swallow said trash.

I always feel awful when i see
birds and other animals suffocating and slowly dying on trash, while
their is little I can do to save that particular animal I can reach
out to my community and inform them of what is going on around us.

WHAT MAIA IS GOING TO DO NOW SHE KNOWS THE PROBLEM WITH PLASTICS IN THE OCEAN:

My next step to help end pollution for good is to put posters on
trash cans on the beach and around my school explaining just why they
shouldn't pollute and how one small action can make a huge impact.

Maia is on to a key idea. One small action - sending me an email - got her message out to you.

You will take this message and share it with others, won't you? 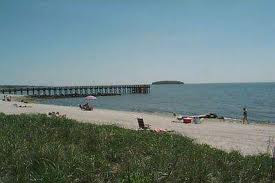 Maia's report on plastics in the ocean: thanks for a great report!!

Plastic bags, broken bottles, crayons, even appliances slowly float in
the ocean current. That’s what the worlds’ oceans will look like if we
continue littering and polluting. There are two kinds of polluting;
chemical pollution and physical trash.

Chemical pollution is inside almost every marine animal on the
planet, from plankton; to pink salmon; to polar bears it affects even
us humans when we eat our sushi and shark fin soup. Chemical pollution
can come in many forms, one of the most common being runoff from farms
and cities. Some chemicals that are in the runoff are fertilizer, lawn
care supplies, and other household products.

The thing that sets
fertilizer apart is the fact that once it gets into the oceans it
causes a reaction called eutrophication; it’s when the nutrients in
the fertilizer causes the algae blooms to flourish and it then
depletes the surrounding water of all it oxygen making it
uninhabitable for other marine life such as fish and other types of
seaweed. Oil spills are also a part of chemical pollution, but only
account for 12% of all the oil that makes its way into the sea. The
other 36% is from cars exhausts and street runoff/storm drains. 80%of
all the urban sewage discharged into the Mediterranean Sea is left
untreated.

Until the 1970’s people were allowed to dump almost
anything into the ocean; things like toxic waste, chemical weapons,
and radioactive material, were dumped on a regular basis.  In 1972
dumping most toxic materials into the sea was banned worldwide,  but
in 1996 they further restricted what could be dumped.
Physical garbage is also a massive issue in the world. Soda six-pack
rings pose a problem every day; they choke penguins in Antarctica and
dolphins in South America. However the worst criminals are the helium
balloon and plastic bag, these items are found blocking the airways
and stomachs of seals, whales, dolphins, and turtles who mistake them
for their favorite snack of jelly fish. But that’s not all; they even
get caught on coral reefs, killing them. Sharks all over have been
found with numerous types of trash in their stomachs, from tin cans to
license plates, they take a bite out of everything.

Garbage and pollution are everywhere but just one small action can make a big impact.
Posted by Sara Bayles at 11:39 AM